The summer of Chaos has started in Chicago as at least 56 people were reported shot over the weekend — 12 of them dying from their injuries. 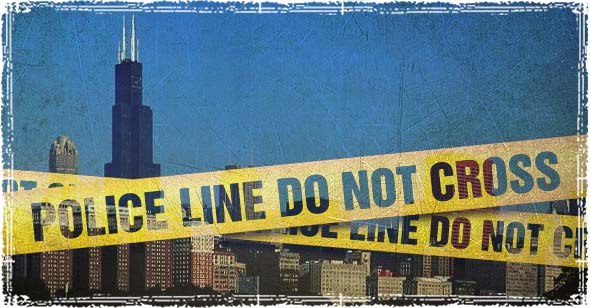 As the media focuses on manufactured stories like the so-called injustices in Ferguson, they have conveniently ignored the epidemic levels of violence taking place in Chicago. Over the holiday weekend at least 56 people were reproted shot, with 12 of them dying from their injuries.

Chicago is a Warzone

Sadly, this is a problem that’s been ignored for some time now. What happened over the weekend in Chicago is actually a pretty common occurrence. Last year, during the 4th of July holiday weekend, 82 people were shot in Chicago.


Why should we care about Chicago?

Because what’s happening in Chicago has been spilling over into urban and rural areas of the country for years now. The riots we witnessed in New York, Ferguson and Baltimore are all symptoms of a larger problem.

Over the same holiday weekend, 29 people were shot and 9 died from gunshot wounds in Baltimore, Maryland. Amazingly there was no press release from the White House, no mainstream media pouring into Chicago or Baltimore, and no comments from our President who seems to comment on every other perceived injustice. I guess the violence in Chicago and Baltimore doesn’t fit their narrative.

What’s happening in Chicago highlights what is happening throughout the country, epidemic levels of gang related violence that is being ignored by the mainstream media, politicians, and the federal government.