As the media pundits scramble to make excuses for the recent global stock market trouble, more troubling economic news has just dropped. According to data released by the Bureau of Labor Statistics (BLS), a record 94,031,000 Americans 16 or older did not participate in the nation’s labor force in August. These are actual government numbers directly from the BLS.

So while the media and the corrupt D.C. politicians are claiming unemployment rates dropped from 5.3 percent in July to 5.1 percent in August, what they are not telling you is they are completely full of crap. The fact is the unemployment rate numbers are an absolute lie; they’re cooking the books.

The truth is, there have never been more people out of work; if the government actually counted the long-term unemployed in the so-called unemployment rate numbers, we would be well over a 20% unemployment rate. In fact, under President Obama’s term in office, almost 14 million Americans over the age of 16 have left the labor force. Again — for the people who are blinded by political ideology – these numbers come directly from the Bureau of Labor Statistics.

It gets even worse for American Citizens 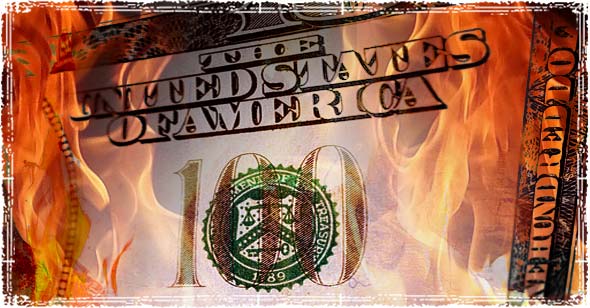 According to a study released earlier this year by the Center for Immigration Studies, since President Obama took office 67 percent of this country’s employment growth has gone to immigrants (both legal and illegal). Throw in the Bush years, and almost all of the net gain in the number of working-age people has gone to immigrants.

And if the labor participation numbers weren’t bad enough, according to a 2013 report from the House Ways and Means Committee, seven out of eight new employees under President Obama have been part-time employees. Only 47.7% of adults in the U.S. are working full time. So even those who have bounced back and found a job are making nowhere near what they were making prior to the 2008 economic crisis.

The following numbers come directly from the Social Security Administration.

This country is collapsing around us, yet nobody seems to care or even notice what’s going on. According to a recent study from the Census Bureau, 65 percent of children in this country now live in a home that receives assistance from at least one government welfare program. The welfare state has grown so out of control that it’s estimated the American people are now on the hook for somewhere around $200 Trillion in unfunded liabilities.

18 Trillion In debt + 200 Trillion in unfunded liabilities = a balanced budget to the morons in Washington!

If you haven’t started preparing for the coming economic crisis, you need to take a serious look at the threat and start putting plans in place to survive what’s coming. Check out our article on How to prepare for an Economic Collapse.