The Supreme Court has yet again shown their disdain for gun owners, making way for more anti-gun governors to enact state bans on so-called assault weapons and open carry. 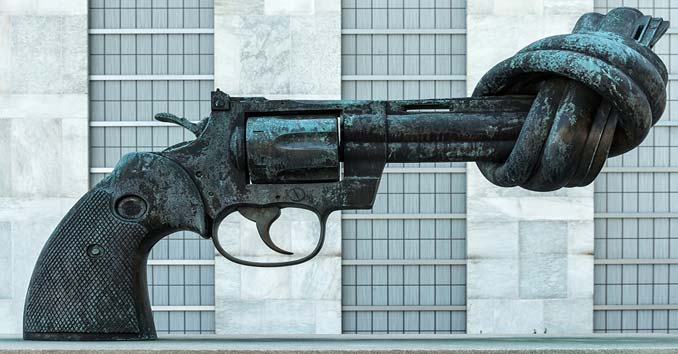 Today, the Supreme Court refused to hear two Second Amendment cases which challenged laws banning so-called assault weapons and open-carry in Maryland and Florida. Both cases were denied without comment from the justices, which have become nothing more than willing tools for the left to strip away our freedom.

In the Florida case, the Supreme Court’s refusal to hear the challenge will likely push anti-gun governors from around the United States to enact bans on residents who open carry their firearms. Now, thanks to the Benedict Arnold’s on the Supreme Court, the Second Amendment no longer guarantees a right to open carry.

Dale Norman, who is leagally licensed to conceal and carry, had challenged Florida’s ban on open-carry after he was arrested and fined for brandishing his firearm holster uncovered by his shirt while walking down the street.

He was ultimately found guilty, and the Florida Supreme Court sided with the state in his legal battle, saying the state’s law doesn’t violate the Second Amendment.

In the Maryland case, the 4th U.S. Circuit Court of Appeals ruled the state’s ban on semi-automatic rifles and large-capacity magazines was legal. The Supreme Court’s refusal to hear the case upholds this ruling which will now likely be used to enact similar bans throughout the country.

“Maryland’s ban on commonly owned firearms and magazines violates our fundamental, individual right to keep and bear arms for self-defense. The court’s decision in District of Columbia v. Heller clearly stated that arms in common use for lawful purposes are protected by the Second Amendment and thus cannot be subject to an outright ban. We will continue fighting to ensure that the Second Amendment freedoms of law-abiding Americans are respected in the courts.”