President Obama has yet again decided to go around congress, in an attempt to push more of his Anti-Gun, Gun Control Agenda. The Bureau of Alcohol, Tobacco, Firearms, and Explosives (BATFE) is in the process of reclassifying a certain type of popular AR15 ammunition as “armor piercing ammunition”, so they can then ban its sale to the public.

Over the next 30 days the BATFE intends to reclassify M855/SS109 ammunition. Once categorized as “armor piercing,” sales of the M855/SS109 rounds can be banned under language in the Gun Control Act of 1968 (GCA). By using his so-called executive authority, President Obama is yet again ignoring the Constitution, bypassing congress, and attempting to impose more gun control restrictions on the American public.

Already this year, the Obama administration has taken three major executive actions on gun control, something that has largely been ignored by the mainstream media. 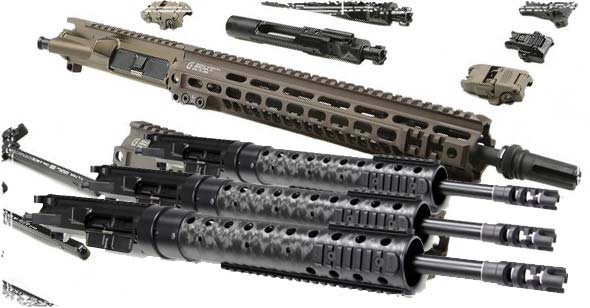 On January 2, 2015, BATFE issued a ruling significantly expanding the scope of activities that BATFE considers to be “manufacturing” for purposes of the Gun Control Act (GCA).  Under the ruling BATFE limits the machining work that gunsmiths can engage in, proposes rules that could make custom work a thing of the past because of regulatory burdens, and prohibits gunsmiths from returning certain repaired firearms to a customer without running a background check on the owner.

On January 16, 2015, BATFE released an open letter on the use of pistol stabilizing braces like the Sig Sauer SB15. BATFE made it clear that they considered these braces something that would reclassify a pistol as a rifle, thus shouldering any pistol with a stabilizing brace in considered “making a firearm,” subject to registration and other requirements under the National Firearms Act

An Attempt to go after the AR15…

Under the latest attempt to pass backdoor gun control, BATFE says that it will henceforth grant the “sporting purposes” exception to only two categories of projectiles:

A .22 caliber projectile that otherwise would be classified as armor piercing ammunition under 18 U.S.C. 921(a)(17)(B) will be considered to be “primarily intended to be used for sporting purposes” under section 921(a)(17)(C) if the projectile weighs 40 grains or less AND is loaded into a rimfire cartridge.

Category II: All Other Caliber Projectiles

Except as provided in Category I (.22 caliber rimfire), projectiles that otherwise would be classified as armor piercing ammunition will be presumed to be “primarily intended to be used for sporting purposes” under section 921(a)(17)(C) if the projectile is loaded into a cartridge for which the only handgun that is readily available in the ordinary channels of commercial trade is a single shot handgun. ATF nevertheless retains the discretion to deny any application for a “sporting purposes” exemption if substantial evidence exists that the ammunition is not primarily intended for such purposes.

Is this the first step in banning all AR15 Ammunition?

For those interested in the history, The Military Arms Channel gives an excellent overview of how the BATFE is going against the wishes of lawmakers who wrote the original legislation, now being used as the excuse to ban SS109/M855 ammunition. This is a must watch, since I think the Obama administration is using this ruling as a stepping stone to go after all AR15 Ammunition in the future.

M855 and SS109 5.56 ball ammo has been in wide use by law abiding American citizens for sporting purposes, and has been exempt from federal law banning armor piercing ammunition for decades. Banning this ammo sets a dangerous precedent that could allow for any multipurpose ammo – ammunition that can be used in both rifles and handguns – to be banned in the very near future.