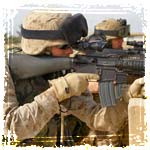 As the Federal government builds their own private military force through the Department of Homeland Security, it seems it has at the same time suspended training exercises for the U.S. Army.

The shocking revelation comes from Army Chief of Staff Gen. Ray Odierno, who this week revealed the military has only two Army brigades that are actually combat-ready. Gen. Odierno, who was speaking at the Association of the U.S. Army conference, said that after the sequester kicked in, “we had to stop training basically” in the last six months of the year.

He went on to say that the whole system had become “dysfunctional” and warned the lack of training will have serious consequences for America’s fighting forces. He then revealed that troops being shipped into Afghanistan have little actual combat training, and were themselves not combat ready.

Is our military being systematically disassembled?

While the Department of Homeland Security spends billions upon billion of dollars on ammunition, drones, military grade equipment, and fusion centers to spy on the American public; very little is being spent to support our actual troops. In fact, the military is being forced to cut over $500 billion from its budget, most of which will come from firing members of the military.

Are the Patriots being Purged?

If the government doesn’t have enough money to keep these Marines, why increase recruitment efforts for women? Or are they systematically getting rid of anyone who disagrees with their policies, and replacing them with people who will toe the line?