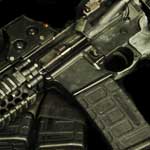 In a report from Military.com, The U.S. government has just banned the Army from using one of the most reliable and commonly used commercial-made magazines on the market. Despite the fact that many soldiers have complained about the performance of the government issued M4 Magazines, The Army is ordering all troops to stop using the superior polymer magazines and is telling them to only use government-issued magazines with their M4 carbines.

The banned magazines, most coming from Magpul Industries Corp, is one of the most popular add-on accessories in the battlefield and is credited for significantly improving the performance of the M4. Despite the popularity and reliability of the Magazine, Army officials from the TACOM Life Cycle Management Command placed the PMAG and all other polymer magazines on an unauthorized gear list. 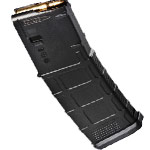 The move has a number of soldiers mystified as to why they would be asked to use an inferior product, especially when you consider the PMAG is used by a large amount of special forces and Marine infantry. It was also available through the Army supply system and was even issued to a number of units before this order came down.

It makes you wonder what congressman or government bureaucrat is getting a kickback from the original manufacturer.  My guess, is we will soon see this same crappy manufacturer win a new no-bid contract for the new line of M4 Mags. It’s really sickening when this government puts money above the safety of our troops.

A look at the Katadyn Pocket Water Microfilter

In my opinion, a water filter is one of the most important pieces of gear you can carry. Find out why the Katadyn Pocket Water Microfilter is the only one that I trust enough to place in all my hiking and bugout bags…. […]