Remember when the United States Border Patrol was supposed to patrol the borders? Well, it seems they have a new mandate; targeting American Citizens at Interior Checkpoints.

While most of the country is caught up in the debate about immigration, the federal government has been quietly setting up Internal Border Patrol Checkpoints as far as 60 miles inside the U.S. Border. While those who favor strict border control might consider this a good thing, they may have second thoughts once they learn how this administration is trying use the Border Patrol.

Harassment, Detainment, and the Violation of the 4th Amendment

While the mainstream media continues to ignore yet another example of this governments move towards a total Police State, many frustrated citizens have begun to fight back by filming their encounters at these interior checkpoints.

While U.S. law, and the Constitution forbid these types of checkpoints, and the Border Patrol themselves admit U.S. Citizens are not required to answer questions at these checkpoints, many U.S. Citizens have been harassed, and even detained for weeks for refusing to submit to these illegal and unreasonable searches and seizure programs.

In fact, Reason TV just released a documentary featuring a naturalized U.S. citizen who was detained for 19 days, after refusing to answer questions at one of these illegal checkpoints.

Greg Rosenberg, a checkpoint protester and long-haul trucker, was tired of being routinely subjected to these illegal checkpoints – all while just trying to do his job. One night while driving his truck, carrying a load of Xerox copy machines destined for Ft. Worth, Texas, Rosenberg came face to face with another interior checkpoint some 29 miles north of the border.

After refusing to submit to the unconstitutional checkpoint, Rosenberg was illegally detained and imprisoned for 19 days.

Here is his story:

Thanks to the federal government, and the states that have rolled over and allowed it, almost two-thirds of the United States’ population, about 200 million people, live within these so-called Constitution free border zones. 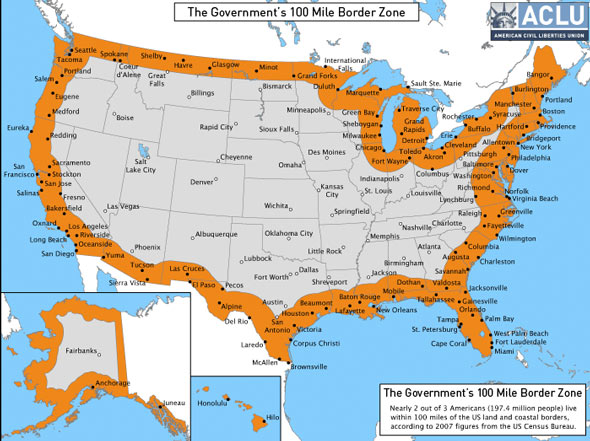 Federal border patrol agents are stopping, questioning, and illegally searching U.S. citizens on an everyday basis with absolutely no suspicion of wrongdoing – sometimes even farther than 100-miles outside the border. As far as these government officials are concerned, the Constitution no longer exists – which we witnessed first-hand when the Feds set up Free-Speech zones and suspended the First Amendment, last year during the Bundy Ranch Invasion. 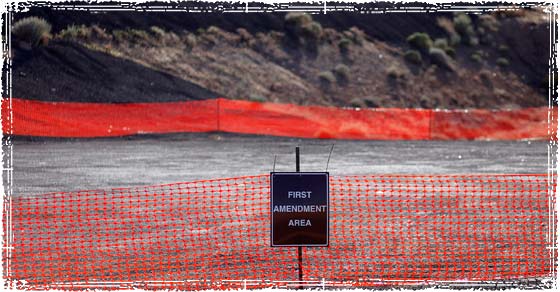 The continued “militarization” of every one of the federal government’s agencies, and their complete disregard for our most cherished Constitutional rights, has turned us all into suspected criminals. If it can happen to truck drivers who are simply trying to do their jobs, it can happen to anyone.