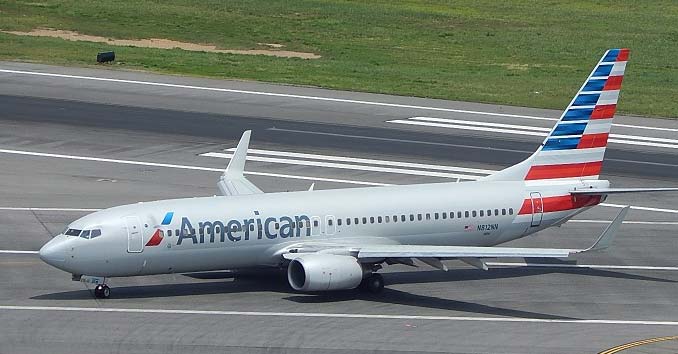 Twelve passengers on American Airlines flights from Paris and Munich were experiencing symptoms, an airport spokesperson reported.  As a precaution, all 250 passengers, including flight staff, were held for a medical review and the Centers for Disease Control and Prevention was notified.

Officials on site told NBC 10 that they are exercising “an abundance of caution” in the City of Brotherly Love. A statement released by Philadelphia airport officials noted that operations weren’t impacted.

In a statement, the CDC said,

“CDC is aware of two American Airlines flights from Paris and Germany that arrived at PHL airport this afternoon with ill passengers on board. CDC and Philadelphia public health officers worked with EMS and CBP officials to evaluate and test the ill passengers for influenza and other respiratory illnesses. Twelve passengers from the two flights reported a sore throat and cough; none were identified with fever. None of the passengers are severely ill, and they will be released and informed of test results in 24 hours.”

The latest health scare comes a day after an Emirates Flight 203, en route from Dubai, was quarantined at John F. Kennedy Airport in New York when roughly 100 passengers were reportedly feeling ill, complaining of coughs, headaches, sore throats and fevers.

At least 19 people were confirmed to be sick – 10 of which were taken to the hospital and 9 refused medical attention — apparently our politically correct health agencies care more about offending people than they do in understanding if a contagion has been let loose in the country.

One passenger on the flight, Erin Sykes, tweeted, “People were sick before we even took off from Dubai. Like really nasty colds.” Sykes posted a video of passengers having their temperatures taken as they disembarked the plane.

The flight, which was traveling from Dubai to New York, reportedly made a stop in Mecca, which has been battling outbreaks of MERS for the last couple of years.

Middle East Respiratory Syndrome (MERS) is viral respiratory illness that was first reported in Saudi Arabia in 2012 and has since spread to several other countries. Most people identified as infected with MERS-CoV developed severe acute respiratory illness, including fever, cough, and shortness of breath. Many of them have died.

According to NBC Philadelphia, today’s fights were also returning from Mecca:

Several of the sick passengers were returning from pilgrimages to Mecca, Saudi Arabia, on American Airlines flight 755, which originated in Paris. These travelers exhibited similar symptoms to the 19 passengers, also traveling from Mecca, who were quarantined in New York Wednesday morning, according to customs officials. Additional passengers Philadelphia-bound American Airlines flight 717 from Munich, Germany, also showed flu-like symptoms. They, too, were returning from Mecca.

The Department of Homeland Security agency confirmed to the Washington Examiner that 12 people who were traveling originally from Mecca, Saudi Arabia, were examined and later released following their flights into U.S.

It remains unclear if these situations are linked, but Wednesday also saw a plane quarantined in Perpignan, France, after a passenger onboard was suspected of being infected with cholera.