U.S. Centers for Disease Control and Prevention (CDC) Director Tom Frieden testified in front of Congress today after a series of dangerous safety lapses at government laboratories that handle deadly pathogens such as Anthrax and Smallpox were exposed. 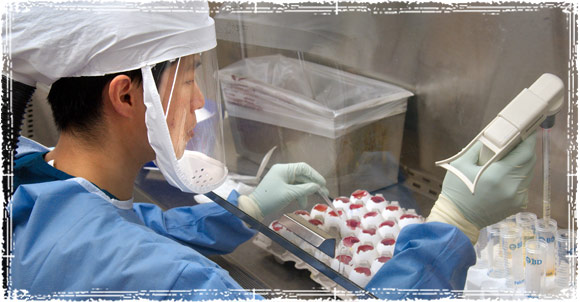 The event has sparked major concerns over the lack of independent oversight of potentially dangerous biological research nationwide, as the number of labs dealing with these deadly pathogens has surged in recent years.

Members of a House Energy and Commerce Committee subcommittee, who grilled the CDC director in a hearing on the ‘Review of CDC Anthrax Lab Incident’ today, cited new information on breaches previously unreported by CDC. The breeches included:

Even more disturbing was the revelation that the director of the CDC, Dr. Thomas Frieden, had no clue about the numerous security breaches, learning about many of them right before the hearing. Frieden, called the bird flu incident “the most distressing,” in part because it occurred six weeks ago but was not reported to senior agency leadership until this week.

“I learned about it less than 48 hours ago,” he told reporters in a teleconference. “We need to look at our culture of safety throughout all of our laboratories,” Frieden said. “I’m upset, I’m angry. I’ve lost sleep over it and I’m doing everything I can to make sure it doesn’t happen again.”

This week, the CDC temporally halted shipments of all infectious agents from the agency’s highest-security labs.