The Ebola outbreak in Africa has continued to grow with over 4,200 confirmed cases and 2,200 deaths in five countries: Guinea, Liberia, Nigeria, Senegal and Sierra Leone. Today the Centers for Disease Control and Prevention sent out warnings to U.S. hospitals and doctors that “now is the time to prepare.”

The CDC issued a six-page Ebola “checklist” to help healthcare workers quickly diagnose patients who may be infected. 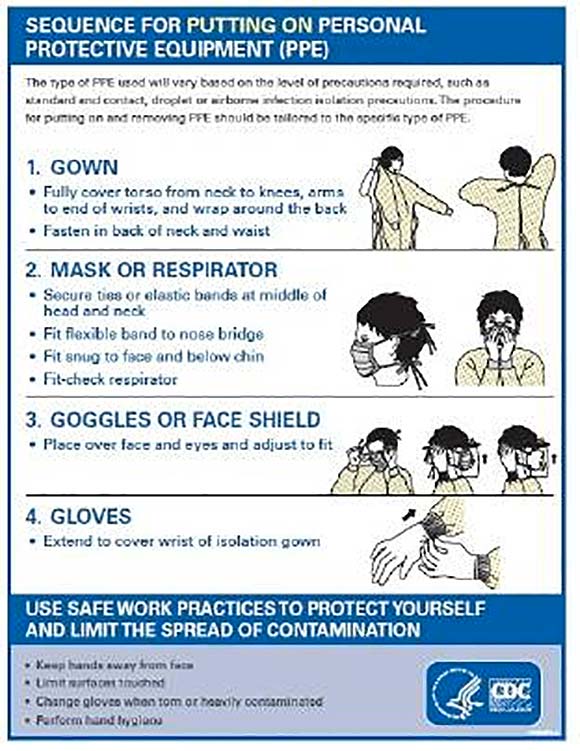 President Obama will ask Congress this week for another $88 million to fund his Ebola containment strategy which includes sending military personnel to West Africa to fight the spread of the deadly disease. Earlier this week, the U.S. state Department began placing bids for medical equipment, including 160,000 hazmat suits.

The size of the contracts indicates how seriously governments are taking the threat, especially considering that all 5,000 body bags were destined only for Liberia – one of three countries whose citizens have been hammered with new disease cases and paralyzed with fear.

The government contracts come amid troubling warnings about the possibility that Ebola could spread, mutate or both.

Obama talked about the possibility of the virus mutating in an interview with NBC’s “Meet the Press,” calling his decision to send in the military a “national security priority.”

“If we don’t make that effort now, and this spreads not just through Africa, but other parts of the world, there’s the prospect then that the virus mutates, it becomes more easily transmittable, and then it could be a serious danger to the United States,” he said.

Last week, the New York Times published an op-ed from infectious disease expert Michael T. Osterholm of the University of Minnesota called “What We’re Afraid To Say About Ebola.” In the article, Osterholm discussed the possibility of Ebola mutating and becoming transmittable through the air.

In the article Osterholm writes:

“Why are public officials afraid to discuss this? They don’t want to be accused of screaming “Fire!” in a crowded theater — as I’m sure some will accuse me of doing. But the risk is real, and until we consider it, the world will not be prepared to do what is necessary to end the epidemic.”

The primary concern with the current Ebola outbreak is what could happen if it hits a large metropolitan area. Experts can speculate, but there really isn’t any data to tell us what will happen since prior Ebola outbreaks have always been confined to remote areas of Africa that had little contact with the outside world.

Experts Warn Only a Matter of Time before Ebola reaches the U.S.

With a 21 day incubation period, and no mandated screenings procedures for people traveling from infected countries, it’s really not a matter of if, but when the virus reaches the United States

This government needs to come up with a serious plan to stop infected people from being able to enter the U.S., unfortunately the CDC seems to be taking a lacks dazzle approach to how their dealing with a potential Ebola outbreak in the U.S., or any other potential disease outbreaks as we noted last week.