The mainstream media, who loves to report on mass shootings in order to push their anti-gun agenda, is oddly silent about a mass shooting event that happened this weekend in Chicago. 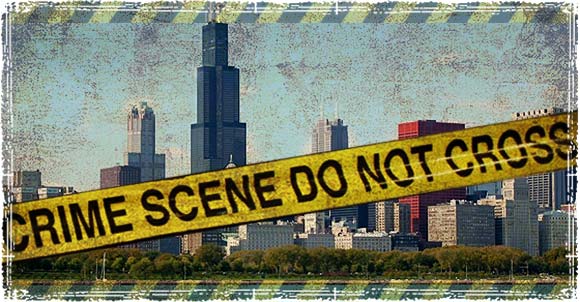 Over the weekend, 82 people were shot with at least 14 of them being killed from their wounds. One would think this would be headline news all around the world, but sadly, it’s just another week in the American warzone known as Chicago.

Over the last couple years Chicago has routinely seen violence like this. While 82 people being shot is certainly high, Chicago routinely sees weekends where as many as 50 people are shot. But where is the mainstream media coverage? Where are Anderson Cooper and the rest of the mainstream morons crying about the evils of guns and how we need to pass more gun-control legislation? Where are the speeches from our President condemning those evil “assault weapons”?

Well, you’re not going to hear from any of them. You see, Chicago already has that legislation in place. In fact, Chicago is an Anti-Gun politician’s Utopian view of how the world’s supposed to work. Only, what’s happening in Chicago is exactly what us law-abiding gun owners have been warning about for years; the place has fallen into an absolute state of war.

In a city where it’s almost impossible for a law abiding citizen to buy or own a firearm, criminals have flooded the streets with illegal weapons and have turned the city into an absolute nightmare. It’s so bad, that residents actually refer to the city as “Terror Town” or “Chiraq”, because there are more murders and violence that occur in Chicago than during the war in Iraq. While the mainstream media may not want to cover what’s going on in Chicago, because it would expose their agenda and prove that their policies are an utter failure, it’s kind of hard to ignore the reality of the situation.

Over the weekend a shocking 82 people were shot, with an additional six police-involved shootings, two of them involving teens who were killed.

You would think this would be a wakeup call; a realization that their policies have failed. But, it seems the city seems to be doubling down on Stupid.

Chicago Police spokesman Martin Maloney released a statement saying, “without better state and federal laws to keep guns off the streets and out of the hands of dangerous criminals we’ll continue to face an uphill battle.”

The problem with that statement is Chicago already has those laws on the books. But, something most anti-gun politicians fail to recognize is the fact that criminals don’t care about the laws. THEY’RE CRIMINALS.

Instead of passing more gun laws, which only penalize law abiding citizens, and restrict them from the ability to protect themselves from this madness, why the hell are they not targeting the city’s gang members who are causing this? Why are these people allowed back on the streets after committing crime after crime after crime?

Oh yea, that would be politically incorrect and it would shine the spotlight on the failed policies of the anti-gunners who care more about taking your freedoms than they do about protecting innocent lives.