For the first time in our history, the Obama Administration invited Chinese troops to train with our military on U.S. Soil. 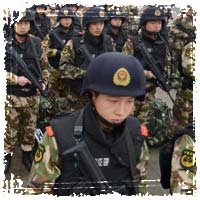 The shocking move comes only weeks after the Chinese government admitted, through their State controlled media, that they have detailed attack plans on how to conduct nuclear strikes on multiple U.S. cities.

Last week, U.S. and Chinese soldiers trained in field exercises at Bellows Air Force Base, on a Marine Corps training area on the east side of Oahu, Hawaii. While the White House dismissed the training as nothing more than a disaster relief exercise, they refused to give details on why they were allowing Chinese troops to train on U.S. Soil.

In my opinion, especially after China made their provocative nuclear plans public, allowing them to train with our military is troubling to say the least. Why we would allow them to learn any of our military tactics is beyond puzzling.

Even more troubling, is news that the White House has also invited China to take part in next year’s RIMPAC war games off the Hawaiian coast.

RIMPAC, the Rim of the Pacific Exercise, is the world’s largest international maritime warfare exercise, which in the past trained for the possibility of China invading Taiwan. So why we are now allowing China to take part in these exercises, considering the primary reason for having them was in case of a Chinese attack, is something of mystery –one that the mainstream media refuses to cover. 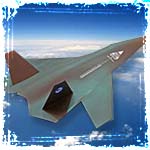 China is making huge investments into building up a military powerhouse. Early this morning, news broke that China had tested its first stealth combat drone, something that in all likelihood came from stolen U.S. military technology.

According to military analysts, China is thought to have the world’s second-largest fleet of military drones, second only to that of the United States. Much of their technology has been obtained through hacking attacks on U.S. defense contractors.

By all accounts, the Defense Department sees China as a major threat, making these latest developments even more of a mystery. In 2009, Former Defense Secretary Robert Gates, warned that China’s military modernization “could threaten America’s primary means of projecting power and helping allies in the Pacific: our bases, air and sea assets, and the networks that support them.”

But even earlier this year, the Pentagon was still warning about China’s rise in military power. In fact, back in August of this year, Air Force Gen. Herbert J. “Hawk” Carlisle, commander of the Pacific Air Forces, stated the Navy and the Air Force were moving 60 percent of its warships to the Pacific. “The Air Force is turning to that in the Pacific,” he said, noting the addition of 12 F-22s at Japan’s Kadena Air Base and 24 F-16s in South Korea to bolster jets already based there.

Half of all U.S. F-22s, which the Pentagon confirmed would be the lead aircraft in any conflict with China, are now deployed in the Asia Pacific in Alaska and Hawaii.

With an estimated 1.483 million troops, China has the largest military on the planet. While the U.S. may be ahead as far as technology, we are also sending trillions of dollars to China, who is using that money to build up its military at an unprecedented speed.