Last week I wrote an article about the war on cash, and how governments and banks around the world are attempting to actually ban paper currency. In that article, I briefly touched on something called Civil Forfeitures, a process the government is using to seize bank accounts from U.S. Citizens – without a trail, without a warrant, and without ever being charged with a crime. 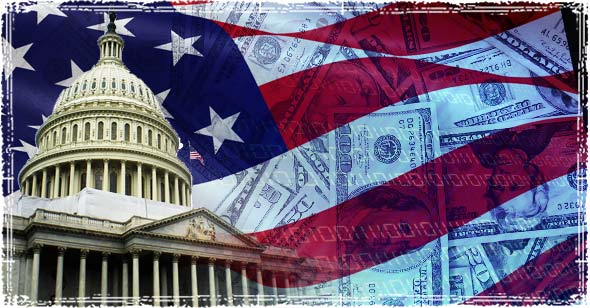 The Feds are using Civil Forfeiture to Seize Money from Law-abiding Americans.

Most people reading that headline will probably instantly assume the store owner had ties to organized crime, or was somehow mixed up in some sort of drug dealing; after all, that’s what most in his community assumed after rumors started swirling that Lyndon McLellan, a North Carolina convenience store owner, had his bank account seized by federal authorities. Those same people will probably find it hard to believe that someone’s account could be seized simply for the way they deposited their checks into the bank; those people would be WRONG!

Late last year, federal agents stormed McLellan’s North Carolina convenience store. Without warning and without proof of any real crime, government agents started accusing him of structuring his bank deposits in a suspicious manner. Under that excuse, federal agents then seized $107,000 from McLellan’s bank account.

Although the IRS has never officially alleged he committed a crime, or even brought criminal charges against him, they still seized his account after verbally accusing him of structuring cash deposits to avoid bank reporting requirements – a process intended to target drug dealers, terrorists and others trying to launder money through criminal activity.

Imagine you are just starting off in life; you have $16,000 in savings and you decide to hop a train and move to Los Angeles – with dreams of becoming the next big music/video producer. The next thing you know you are surrounded by DEA agents and your entire life savings is being taken right out of your hands. This is exactly what happened to Joseph Rivers.

The Albuquerque Journal tells the story given by the victim’s lawyer, Michael Pancer:

A DEA agent boarded the train at the Albuquerque Amtrak station and began asking various passengers, including Rivers, where they were going and why. When Rivers replied that he was headed to LA to make a music video, the agent asked to search his bags. Rivers complied. He was the only passenger singled out for a search by DEA agents – and the only black person on his portion of the train, Pancer said. In one of the bags, the agent found the cash, still in the Michigan bank envelope. “I even allowed him to call my mother, a military veteran and (hospital) coordinator, to corroborate my story,” Rivers said. “Even with all of this, the officers decided to take my money because he stated that he believed that the money was involved in some type of narcotic activity.”

“These officers took everything that I had worked so hard to save and even money that was given to me by family that believed in me,” Rivers said in his email. “I told (the DEA agents) I had no money and no means to survive in Los Angeles if they took my money. They informed me that it was my responsibility to figure out how I was going to do that.”

Other travelers had witnessed what happened. One of them, a New Mexico man I’ve written about before but who asked that I not mention his name, provided a way for Rivers to get home, contacted attorneys – and me. “He was literally like my guardian angel that came out of nowhere,” Rivers said.

Loretta Lynch, the new Attorney General of the United States, is a huge proponent of civil asset forfeiture. While she was district attorney in New York, she used the process over 120 times to bring in over $113 million. But perhaps the most egregious example was when she targeted a small family owned business, and stole nearly half a million dollars in the process.

While district attorney in New York, Loretta Lynch went far beyond the law and stole nearly half a million dollars from the Hirsch Brothers’ family owned business, Bi-County Distributors, in Long Island.

From a story by the LEAF Online:

Bi-County dealt primarily in cash because the convenience stores they sold to paid them in cash; this led to many small cash deposits. These deposits generally were under $10,000 because Bi-County, like many small businesses, was only insured for up to $10,000 in cash. That amount happens to also be the threshold to trigger the Bank Secrecy Act, raising the suspicions of the IRS who acted to seize Bi-County’s bank accounts at Lynch’s request.

Legally, under the Civil Asset Forfeiture Reform Act, the money could only be held for 60 days without any proof of wrongdoing. Lynch’s office held the Hirschs’ money ransom for two and a half years, and gave it back just four days before Loretta Lynch’s confirmation hearings began.

Civil-Asset Forfeiture: Guilty until proven Innocent, and even then you might be screwed.

Unfortunately these cases are not an anomaly; in fact, we have covered numerous stories over the years, including numerous small farmers who have had their bank accounts seized, a man who had his cash seized by police while on the way to buy a used car, and a small business owner who had his bank account seized because the government didn’t like the way he was depositing funds.

Asset forfeiture is a lucrative business for the government; so lucrative that every level of government is using it to rape the American public, and enrich themselves in the process.

From 2005 to 2012, the IRS seized more than $242 million from alleged structuring violations.in more than 2,500 cases. Structuring is an unconstitutional banking law that requires banks to report all cash transactions of more than $10,000 to the U.S. Treasury Department. This law makes it illegal for bank account holders to “structure” their deposits of less than $10,000 in a way that avoids the filing of a report. In more than 830 of the 2,500 cases, no other criminal activity was alleged; their only crime was depositing money in a way the government frowned upon.

A Washington Post investigation last year found that local, state and federal agents nationwide have seized $2.5 billion in cash from almost 62,000 people since 2001 – without warrants or indictments. It’s unknown how many of those people ever got their money back.