Last week we wrote an article about 10 Disturbing SHTF Threats that most Preppers Haven’t Prepared For. While checking out the news on the Wildfires in Colorado, I stumbled on a story that reenforced some of what I wrote last week. 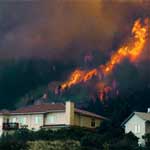 The evacuated homes weren’t the only criminal targets. Police in Colorado Springs have confirmed that as many as 60 vehicles have also been burglarized at nearby evacuation centers and hotels.

Another one of the topics that we discussed last week was the dangers posed from criminals pretending to be Law Enforcement Officials. During a catastrophic event we suggested that you would likely see criminals preying on the innocent by pretending to be either police officers or military officers.

It seems this scenario may have happened during the Colorado Springs Fire. Colorado Springs police have arrested at least two men in separate incidents, where they found the men impersonating a firefighter, at the Waldo Canyon fire. Both men were found behind fire lines pretending to be firefighters.

Police are not saying if these men had anything to do with the break-ins, but I think we can all make a pretty educated guess as to what their intent really was. This should serve as an example of how certain people will use chaotic events to prey on the innocent. 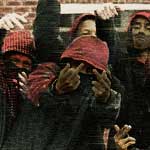 Unfortunately there is a segment of our population that thrives off of chaos and misfortune. Like it or not, these people are very good at what they do.

While most of us have to deal with the many challenges of life, the criminal element in our society often only has one thing to worry about — becoming a better criminal. These people train day in and day out on ways to target and victimize anyone they deem to be a good mark.

When disaster hits, you will likely have to deal with more than just the initial disaster. Very few people realize how big of a threat these criminals will become during a catastrophic SHTF situation. What happened in Colorado Springs is unfortunately only a small glimpse of what will happen during a large scale disaster.

Remember these gangs, criminals and lowlifes have all the time in the world to train themselves on how to target you. They are a threat that must be taken seriously.