For years we have warned our readers about the dangers that a full-scale cyber-attack could have on our infrastructure; now those dangers are even higher as the Federal Government prepares to launch Pre-emptive cyber strikes against rogue nations. 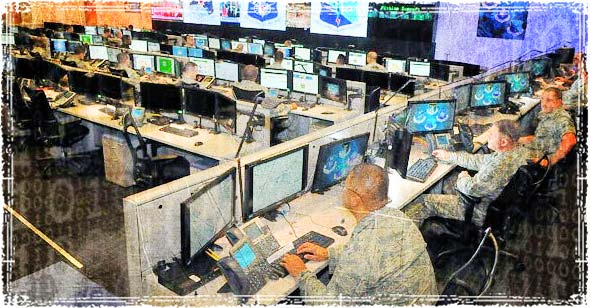 According to the New York Times, President Barack Obama has just concluded a secret legal review of the administration’s new cyber war guidelines. The guidelines give President Obama the power to order pre-emptive cyber strikes to protect national security interests. This news comes as a number of financial institutions have recently admitted to being hacked by foreign hackers.

Last month, we spoke to cyber security expert Damon Petraglia, about the dangers we face in this new era of cyber warfare. Petraglia shared his thoughts on how vulnerable our country is to cyber-attacks, and suggested that our entire cyber-supply chain is already under attack.

He told us, “We have been attacked and we are under attack 24 hours a day, seven days a week, 365 days a year. Our military systems are probed in excess of hundreds of thousands of times per hour. Our private industry can claim similar statistics.”

How can you prepare for the coming cyber wars?

Petraglia suggests, “Preparing for an actual worst case scenario is similar to the preparations one would make for extended period without adequate food and water supplies and access to emergency services.”

Threat Assessment: Part of being prepared for any type of threat, means knowing exactly how that threat will affect you during a time of crisis. By performing a realistic threat assessment, you can get a better idea of what actions you need to take during a real life cyber-attack situation.

Emergency Communication: When the power lines go down and the internet stops working, there is one line of communication that will still be alive and well: Ham Radio!  Having a good Multiband Ham Radio will allow you to send and receive critical emergency information during a disaster. It’s also a great way to find alternative news sources from around the world.

Always have Cash on Hand: If a rogue nation were to target our country for attack, one of the first targets would likely be our power grids and or our financial systems. In either scenario, an attack would likely make electronic commerce almost impossible. During a full scale cyber war, cash will play a major role in how people buy and sell during the initial stages of the crisis.

Start Stockpiling Preparedness Supplies: The first thing you need to do is make sure you have your essential needs covered. The essentials include water, shelter, food and personal security.  At a minimum, you should always have at least a week’s worth of emergency supplies on hand at all times. Once you have that covered, you should then set a goal to stockpile enough for 3, 6 and then 12 months.

Know what you’re preparing for, and know what obstacles you’ll be up against: When planning for any type of disaster scenario, including a cyber-attack, there’s really only one thing that we can be sure of; Survival will be a bigger challenge than you ever believed possible. While you can’t be ready for everything, there are some things that you may want to consider when planning for any type of survival situation.