Democrats are claiming that hackers have breached a number of databases for elections in Illinois and Arizona. According to a number of reports, the FBI alerted Arizona officials in June that Russians were supposedly behind the hack on the election system in that state.

The FBI described the threat as “credible” and significant, “an eight on a scale of one to 10,” Matt Roberts, a spokesman for Arizona Secretary of State Michele Reagan (R), said Monday. As a result, Reagan shut down the state’s voter registration system for nearly a week. 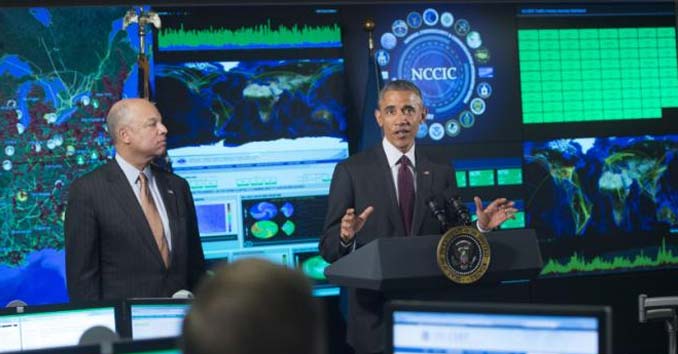 But even before these supposed Russian hacks, The Department of Homeland Security was already considering plans to declare the election a “critical infrastructure,” giving DHS the same control over security as it has over Wall Street and the electric power grid.

“We should carefully consider whether our election system, our election process, is critical infrastructure like the financial sector, like the power grid,” Homeland Security Secretary Jeh Johnson said.

“There’s a vital national interest in our election process, so I do think we need to consider whether it should be considered by my department and others critical infrastructure,” he said at a media conference earlier this month hosted by the Christian Science Monitor.

Does DHS have the Constitutional Authority to Take Charge of the Elections?

Critics of the Obama administration are claiming this is nothing more than an attempt to influence the election, saying there is very little evidence anything was hacked, let alone hacked by the Russian government.

Not surprisingly, Democrat Minority leader Harry Reid, who is actively campaigning for Hillary Clinton, is asking the F.B.I. to get involved saying Russia may try to manipulate voting results in November.

In a letter to the F.B.I. director, James B. Comey Jr., Senator. Reid wrote that the threat of Russian interference “is more extensive than is widely known and may include the intent to falsify official election results.” Recent classified briefings from senior intelligence officials, Mr. Reid said in an interview, have left him fearful that President Vladimir V. Putin’s “goal is tampering with this election.”

According to Yahoo News, the letter was followed on Tuesday by a letter from four Democrats asking F.B.I. director Comey to assess whether campaign officials working for Republican presidential candidate Donald Trump may be colluding with Russian interests to carry out recent hacks against the Democratic National Committee and Democratic Congressional Campaign Committee in order to “interfere with the U.S. presidential election.”

That letter was signed by Representatives Elijah Cummings, John Conyers, Elliot Engel and Bennie Thompson, each of whom serves as the top Democrat on a different congressional committee. Republicans control both the House of Representatives and the Senate.