The Department of Homeland Security (DHS) is looking to add even more ammunition to their stockpile, and will buy somewhere around 75.1 million rounds of ammo in the coming year.

According to a newly released report from the Government Accountability Office, DHS plans to spend $22.7 million to buy an estimated 75.1 million rounds of ammunition. The report says that DHS now has over 70,000 armed officers, and claims the ammunition will be used in “training drills.”

The large-scale purchase comes a year after DHS was accused of trying to manipulate the ammunition market, after placing purchase orders for over 1.6 billion rounds of ammunition in 2013. At the time, the purchase orders were ten times larger than what the U.S. Army uses on a yearly basis.

So what exactly is DHS Preparing for?

The amount of ammunition and military grade equipment being purchased for “homeland operations” is staggering to say the least. From DHS purchasing an entire fleet of Predator B Drones for use on U.S. soil, to them spending over $1.4 billion dollars to build Domestic Spy Facilities here in America, it’s really starting to look like DHS is trying to build their own private military force.

As we reported last year, not only has DHS been procuring large amounts of ammunition, but they’ve also been very busy militarizing police forces across the country. 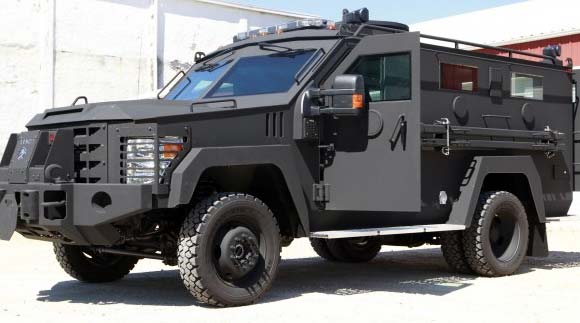 Through “terrorism grants“, the Department of Homeland Security has spent billions of dollars turning local and state police departments into a de facto homeland military force for the Federal Government. With these grants, local police forces throughout the country have equipped themselves with military grade weapons, body armor, helicopters, tanks, and armored personnel carriers.