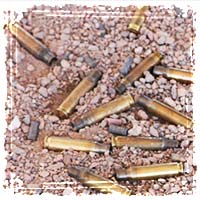 The large-scale procurement of ammunition by the Department of Homeland Security, is finally raising a few eyebrows in the Mainstream Media. Last week Forbes released an article asking why the Department of homeland security was buying over 1.6 billion rounds of ammo, and now a guest on the popular Radio Show Savage Nation, told listeners it was all part of a broader gun control plan.

Michael Savage, one of the top Conservative radio talk show hosts, talked to a firearms manufacturer who supplies the federal government with ammunition. The guest told Savage, who has argued that the purchases are an attempt to control the ammunition market, that he believed the Department of Homeland Security’s large scale ammunition purchases were an attempt by the federal government to dry up ammo supplies.

While this definitely doesn’t fall under the category of a smoking gun, it is good to see people finally asking some questions, and I do believe the theory is more than plausible.

For months it’s been almost impossible to find ammo; while I do believe that much of this has to do with fear, I also believe a lot of that fear is centered around those massive DHS purchases. When we have a non-military government agency who is buying up 266 times the amount of ammo that was used during the entire Iraq war, people tend to get a little worried.

The U.S. based weapons manufacturer went on to tell Savage,

“What Homeland Security is doing here, is they are issuing a contract to buy up to that amount of ammo if they wanted. They’re probably not going to buy it… it’s a way to control how much ammo is let out onto the commercial market.”

“As part of their contract, everything has to go to the government priority one, before it goes to the commercial market.”

In my opinion, this interview is something that everyone needs to listen to, especially those that wonder what’s coming. There’s a lot of good information on how ammo is made, and why the supply may be drying up. Savage also goes into why he believes the economy has maxed itself out, and how there’s a finite amount of raw good that will eventually effect every sector in this country. Here is the full interview from the Savage Nation.