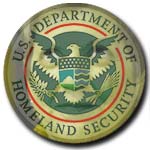 The Department of Homeland Security has placed yet another solicitation for millions of rounds of ammunition. Late last year we outlined a number of large ammo purchases from DHS, including one for 750 million rounds of high-power ammunition and another large-scale procurement of 450 million rounds of .40 caliber hollow point ammo from Alliant Techsystems.

At the same time Americans are finding it almost impossible to find ammunition for their own defense, it seems the Department of Homeland security may be making the situation even worse, as they will likely secure supplies before they’re ever released to the general public. This has some asking what DHS is up to, and why the federal government is making so many large-scale purchases of ammunition.

1.625 billion Rounds is a lot of ammunition to buy up in such a short period of time. This news, combined with the fact that the government is trying to restrict what the public can buy, has some wondering if DHS is purposely trying to influence ammo supplies. If they are, it seems to be working.