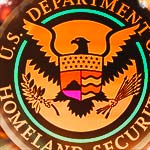 To add to the weirdness, earlier this morning it was reported that the National Weather Service (NWS) also placed a purchase order for ammunition. The Purchase order indicated that NWS needed 46,000 rounds of hollow point ammunition. NWS quickly denied the report to the Washington Post, and described the purchase order as a clerical error. They claim that the Ammo was actually intended for the National Oceanic and Atmospheric Administration (NOAA).

Preparing for Civil Uprising or Collapse?

Over the last year, we have outlined numerous examples of how the federal government seems to be preparing for a civil uprising or full blown collapse scenario. In fact, last week we reported on the publication of a military article that describes a theoretical situation where the U.S. Army would go to war with the American People (specifically tea party groups and “extremist right wingers”). The report described how future warfare could be conducted on American soil, and depicted scenarios where the U.S. Military would have to use its power against the American public.

The Federal Government, who is actively looking for ways to restrict your right to own firearms, is now stocking up on huge amounts of Ammo and studying theoretical situation where they could use military force on the American Public. The only question is why?