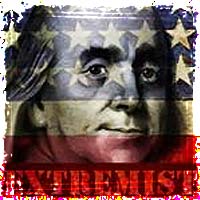 The Southern Poverty Law Center, a group who regularly attacks patriotic Americans by masquerading as a civil rights group, is compiling lists and conducting surveillance on what it calls “patriots”, “survivalists”, and “conspiracy theorists”. Even more disturbing, is the access this group has to the Obama administration’s Department of Justice.

In a report prepared for U.S. Attorney General Eric Holder and Homeland Security Secretary Janet Napolitano, the Southern Poverty Law Center (SPLC) is asking the Federal Government to create a new inter-agency task force which will be dedicated to tracking and taking down conspiracy theorists, survivalists, “Patriot groups” and the “American radical right”.

The Government Supported Attack Group, who is actively creating lists and conducting surveillance on Americans, says the following people need to be tracked by the Federal Government.

The report was written by J. Richard Cohen, President of the SPLC and a member of the Department of Homeland Security’s Countering Violent Extremism Working Group.

The fact that our government entertains the thoughts of a raving madman is a testament to how far this country has fallen from its founding doctrines. How a person who labels patriotic Americans as a terrorist threat is allowed to work with the federal government, especially at a time when the DHS is in the middle of so many Spying & Drone Scandals, is a complete mystery that should scare the hell out of every American in this country.

We have a government who is declaring war on the thoughts, opinions and principles that founded this country. When a man who declares Patriots to be a “terrorist group” is allowed such high level access to our leaders, there is something seriously wrong with our system.