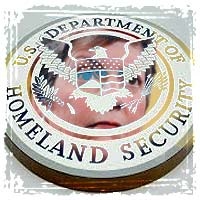 The Department of Homeland Security announced it will be expanded it’s email spying program to include American citizens.

Under the flag of cyber security, NBC is reporting DHS is in the process of expanding its “cybersecurity program” to scan Internet traffic and emails from U.S. private, civilian-run infrastructure. As part of the program, DHS will now scan most emails sent from private sector employees who work in industries like banking, utilities and transportation.

The program is being sold as a precautionary measure to protect the county from cyber attacks, but like everything DHS does, I believe this is just one more example of a government agency that has grown out of control.

The program was put in place through an executive order on cybersecurity that was signed by President Obama last month. Yet again, our liberty is attacked without even a vote in congress; sadly even that probably wouldn’t have stopped it, since most of these spineless politicians seem hell-bent on shredding the Constitution.

Obama administration skirts the law by making DHS the middleman

While cyber attacks are a very real threat, a threat that we talk about a lot, I don’t believe setting up a surveillance program to spy on Americans is the answer to the problem, especially when most of these attacks are being conducted by foreign governments.