The Department of Homeland Security (DHS), the agency that was tasked to keep us safe after 9/11, has announced that their newest mandate will be going after those dangerous Eco-terrorists. 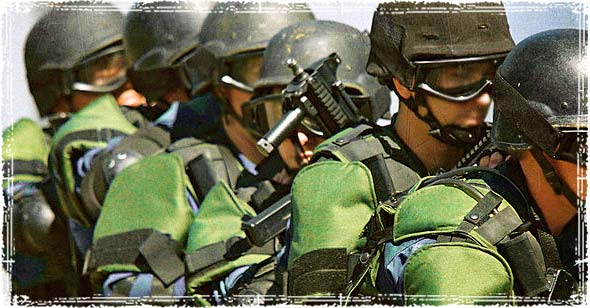 Late last week it was announced that DHS was creating an environmental justice unit to combat environmental inequities. According to DHS, their new mandate is in line with their core mission of creating a homeland that’s “safe and secure, resilient against terrorism and other hazards, and where American interests and aspirations and the American way of life can thrive.”

They go on to say in their “Environmental Justice Strategy“:

In seeking to fulfill this vision, the Department of Homeland Security (DHS) aspires to avoid burdening minority and low-income populations with a disproportionate share of any adverse human health or environmental risks associated with our efforts to secure the Nation. DHS joins with other departments and agencies to appropriately include environmental justice practices in our larger mission efforts involving federal law enforcement and emergency response activities.

Wow, and we thought they only fought terrorists! I bet you feel much safer!

After all, these are the same people who recently used the EPA to kick a couple off their own land in Priest Lake, Idaho.

Last year we brought you the story of Chantell and Mike Sackett, a couple who is fighting the federal governments takeover of their land. Without judicial hearings or notice, the EPA claimed that the Sacketts property sat on environmentally protected wetlands and ordered them to return the land to its native condition or face enormous fines. The EPA then demanded payments of over a quarter of a million dollars to “request” permission from the U.S. government to build on their own land.

And let’s not forget the Government officials in Los Angeles County who are using “nuisance abatement teams” to intimidate people into giving up their land.

Last year we reported on Los Angeles County officials who were trying to make it illegal for people to live off the grid.  From threatening families with jail time for not hooking into the grid, to fining people until they were forced to move, families in the southwestern deserts of Los Angeles County were literally being terrorized by their government.

From the Chicken Man of Roswell losing his land and committing suicide, to the small family farmers in Michigan who are facing felony charges for raising pigs, the government’s green police units have been wreaking havoc throughout the country. Now that DHS has announced the formation of its Environmental Justice Unit, one can only wonder what these dangerous bureaucrats have in store for America.