According to a report from the Senate Homeland Security and Government Affairs Committee titled, “Federal Support for and involvement in State and Local Fusion Centers”,  the Department of Homeland Security (DHS) has spent over 1.4 billion dollars spying on the American public. The report looks into the 77 Homeland Fusion Centers that have been launched since 2003.

What are Fusion Centers? 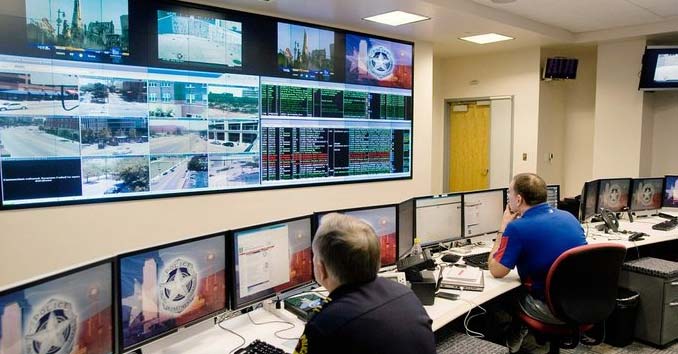 In the aftermath of 9/11, The Department of Homeland Security, in partnership with the U.S. Department of Justice, setup these so-called “Fusion Centers” as a way to track Terrorist activities within the United States.

According to DHS, these Fusion Centers

“serve as focal points within the state and local environment for the receipt, analysis, gathering, and sharing of threat-related information between the federal government and state, local, tribal, territorial (SLTT) and private sector partners.”

According to the Senate Homeland Security and Government Affairs Committee report, these fusion centers have found “no reporting which uncovered a terrorist threat, nor could it identify a contribution such fusion center reporting made to disrupt an active terrorist plot.”

The report shows that Fusion Centers have excelled at at only one thing; spying on the American Public. From detailed accounts of DHS officials spying on everyone from fisherman and religious groups, to numerous examples of Fusion Centers collecting and maintaining information on U.S. citizens who were not part of a criminal investigation, the report highlights a disturbing amount of Constitutional and civil liberty violations.

What about those dangerous Fishermen?

In one example of how pervasive – and completely idiotic –  this culture of spying has become, the committee highlighted a case where DHS officials actually followed, and then wrote a report on people fishing in a body of water on the U.S.-Mexico border. Apparently these fishermen were suspicious because as the DHS official put it, “it is unusual to fish at that location based on the depth of the reservoir. Additionally, there were high winds and choppy waters at that time.”

That’s right; tax payer money spent to investigate people fishing is a reservoir. You really can’t make this stuff up!

In a study from the Missouri Information Analysis Center (MIAC) titled, “MIAC Strategic Report: The Modern Militia Movement.”,  the Missouri Fusion Center detailed how to spot and identify dangerous homegrown terrorists. Their analysis suggested that officers look out for people who opposed things like; Gun Control, the violation of Posse Comitatus, abortion, Illegal Immigration and a number of other “right-wing” political ideologies.

These Fusion Center reports, and others like it, have been used by DHS, the FBI and a number of other government agencies to justify spying on patriotic Americans. In fact, we’ve detailed numerous examples in the past, including an FBI news conference where the government actually warned that survivalists, conspiracy theorists & those who believe in personal liberty were a terrorist threat to the nation.