“Inspiring people to prepare a personal fortress and pray for cataclysm so they can start blasting away at their neighbors”
According to the New York Times this is what prepping is all about. 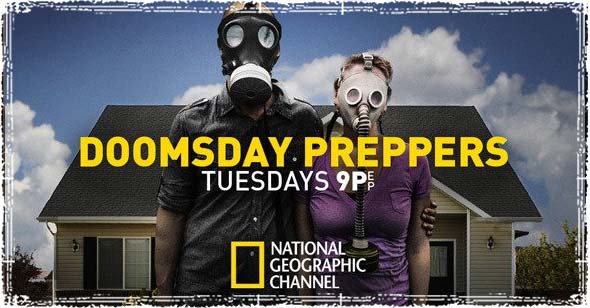 In an article released earlier this week, the New York Times categorized preppers as “offensively anti-life and full of contempt for humankind.” The article was an expose on the newest trend in Reality T.V. – PREPPING

If this is the face of prepping, the Emergency Preparedness movement is Screwed!

Over the last couple of months, Prepping has become the newest trend in Reality T.V.

While I’m usually all for people learning about preparedness, these shows have very little to do with emergency preparedness or survival. In fact, they seem to be designed to do only one thing – To make Preppers look like complete Wackjobs!


Most of the people featured on these so called “prepping shows”, are not at all what Emergency Preparedness Movement needs. In fact, I think these people and their shows do far more harm than they do good.

One look at a show like Doomsday Preppers will tell you everything you need to know about these shows. From featuring some dude who shoots his thumb off, to people who I would be afraid to stand next to at the range, it is painfully obvious that these shows are created to denigrate those who prep.

Here is the latest mishap on Doomsday Preppers (keep in mind that it’s not a misfire when you put your hand in front of the barrel!)

In my opinion these shows are made specifically to exploit the subject of prepping, and they have turned emergency preparedness into something that can be ridiculed and laughed at by the mainstream media.