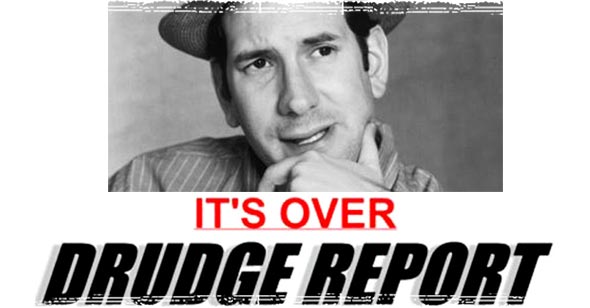 They are getting ready to go after independent news sites. The very act of linking to another news site in your article will be banned through the copyright litigation process. It’s their way of controlling the flow of information, and getting rid of the independent media sites that are a threat to their complete control of the entire system.

In his appearance on the show, Drudge railed against what he called social media ghettos. He explained how these social sites, largely controlled by large corporate conglomerates, have managed to create this “weird conglomerate of group-think” where they can control where people get their information and what messages people actually see.

He warned that sites like Twitter and Facebook are swallowing up content and actually killing organic growth; something I warned about back in 2012, after Facebook started charging independent media to reach their own followers that they had built up on their Facebook pages. I wrote about it again earlier this year, after our Facebook page was suspended for posting an image of Mohammed – keep in mind, that it was in relation to a news story about how people were killed by terrorists for drawing pictures of Mohammed.

Shortly after that incident, Facebook implemented further policies to silence alternative media and started a program to filter out what they claim are fake news stories. But who decides what stories are fake, and what stories are real? Why are the mainstream corporate news organizations automatically deemed trustworthy?