Why Off Grid Survival will not be attending this year’s Eastern Sports Show. 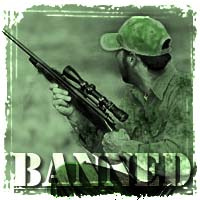 As readers of this site may know, we recently covered the SHOT SHOW in Las Vegas; we had planned on covering the coming Eastern Sports Show until certain gun manufactures were banned from the show.

The Eastern Sports and Outdoor Show is one of the largest hunting trade shows in the country, but this year you won’t see a majority of the firearms manufactures who had showcased their products in the past.  Reed Exhibitions, organizers of the show in Pennsylvania, bowed down to political pressure and banned all firearms companies from displaying modern rifles and high capacity ammunition magazines.

From their website, the Eastern Sports and Outdoor Show explained their decision.

“As a hunting-focused event, we welcome exhibitors who wish to showcase products and firearms that serve the traditional needs of the sport. Clearly, we strongly support the 2nd Amendment. However, this year we have made the decision not to include certain products that in the current climate may attract negative attention that would distract from the strong focus on hunting and fishing at this family-oriented event and possibly disrupt the broader positive experience of our guests.

Imagine that, a hunting show that doesn’t allow the display of guns.

In response to this action a number of companies have started to pull out of the show.

We applaud Cabela’s decision and hope that other outdoor companies will have the balls to follow in their footsteps. We will not be covering this outdoor show, or any other show who decides to bow down to political pressure. These people need to remember it’s our money that allowed them to build their companies.

When companies like Dick’s Sporting Goods, Cheaper than Dirt, and now The Eastern Sports and Outdoor Show turn their back on the firearms industry that made them, it’s time we spend our dollars at places that actually support our second amendment rights, not some watered down version that happens to be politically expedient.