Rep. Alan Grayson, D-Fla., is demanding the Obama administration and the Department of Homeland Security immediately instate a travel ban to all countries with reported cases of Ebola. 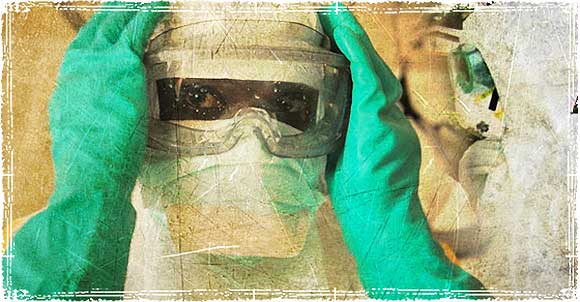 The Congressman sent his request to Secretary John Kerry and DHS Secretary Jeh Johnson. In it he wrote:

I write to request the imposition of a travel ban on the citizens of Guinea, Liberia, and Sierra Leone, and any foreign person who has visited one of these nations 90 days prior to arriving in the United States. I also ask that this ban be expanded to any other nation that reports originating a case of Ebola virus disease (“Ebola”), and that travel restrictions be removed only when 90 days have passed without a newly reported case.

The current Ebola epidemic spreading throughout West Africa is the worst in recorded history. According to the World Health Organization, through July 23rd there have been 1,201 suspected Ebola cases, and 672 deaths attributed to those cases. Unfortunately, those numbers are now a week old, and have likely grown. Additionally, the Ministry of Health of Nigeria reported the first probable Ebola case on Friday, which was attributed to a visiting U.S. citizen. Reportedly, Patrick Sawyer of Coon Rapids, Minnesota traveled by air to Lagos, Nigeria, became symptomatic while traveling, was admitted to the hospital on July 20th (upon arrival in Nigeria), and succumbed to the disease on July 25th. This latest development is particularly troubling because Murtala Muhammed International Airport in Lagos is the third busiest airport in Africa, and it offers direct flights to the United States. I urge you to consider the enhanced danger Ebola now presents to the American public, and therefore request that appropriate travel restrictions be implemented immediately.

Is the Obama Administration ignoring the Severity of the Outbreak?

As the Ebola outbreak rages on in West Africa, there’s increasing concern that this outbreak may soon spread throughout the world ­­ – in large part, because world health officials refuse to enact strict travel bans from these infected countries.

Earlier this week two American doctors were infected, and thanks to our government’s inability to act, one of their families was actually allowed to fly back into the United States – despite being with the doctor right before he fell ill. Our government is so hopelessly incompetent that they’re actually continuing plans to hold a massive a U.S.-Africa summit this week in Washington D.C.

President Obama plans to continue with his three-day summit even though Africa is experiencing the worst recorded outbreak of the deadly Ebola virus in its history.

“We have no plans to change any elements of the U.S.-Africa summit as we believe all air travel continues to be safe here,” principal deputy press secretary Eric Schultz told reporters aboard Air Force One on Wednesday.

Doctors Without Borders is calling the outbreak “absolutely out of control” and warns that the threat of the disease spreading beyond western Africa is frighteningly real. Yet, the U.S. government sits ideally by and does nothing to protect its citizens from the outbreak.

The United Kingdom today enacted stricter rules for dealing with those flying in from infected countries. British airports and airlines were placed on high alert and Passengers displaying symptoms of the virus will be banned from boarding flights to the UK. Anyone arriving in the UK showing symptoms will be held at immigration in quarantine.

Liberian officials are warning that the outbreak has spread beyond its control, and that if world health officials don’t do something to control the virus it could soon become a global pandemic.

Tolbert Nyenswah, Liberia’s assistant minister of health, told CBS News, “Our government has declared this now as a humanitarian crisis that is above the control of the national government” … “This virus, if it is not taken care of, will be a global pandemic”

Whether or not Ebola will become a global pandemic killer is yet to be seen, but what has become clear is our government’s complete inability, or unwillingness to do anything to stop these types of treats. When you have a deadly disease outbreak that’s killing 90% of the people who become infected, how can you not enact a travel ban? Maybe the Department of Homeland Security needs to worry a little less about becoming the nation’s police force, and start worrying about the threats they’re supposed to protect us from.