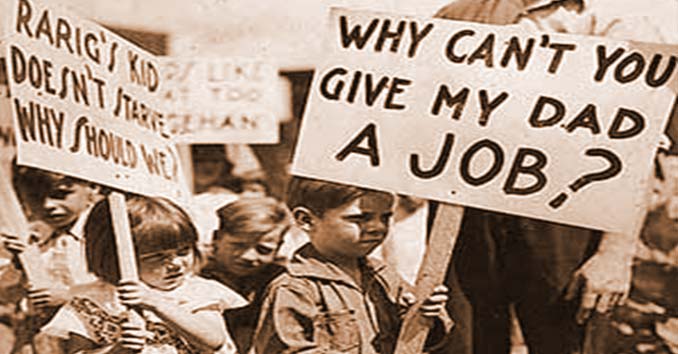 The mainstream Media continues to ignore the problem, the federal government continues to lie about the numbers, and the American public remains oblivious to the reality of the situation: Our country is broke, the economy is collapsing, and the real numbers show it’s never been so bad.

If you listen to the mainstream media propaganda, the unemployment rate is holding at a eight-year low of 4.7 % — after all, the Obama administration saved us… they did the impossible and pulled us out of the great recession of 2008. But if you dig a little deeper, and look at the real numbers, you will notice that the 4.7% number is not only a lie, but it’s probably the biggest economic scam of all time.

That figure takes the 7.4 million people the government admits to and then adds in the 94.7 million Americans who are not in the actual labor force.

Last week the Feds released their monthly jobs report, and what it showed is causing a lot of worry among economists.

According to the Bureau of Labor Statistics, the U.S. economy only added 38,000 jobs in May – far below the expected 158,000 analysts were projecting. In addition, the job numbers from April were revised down by 37,000 and the number of jobs created in March was changed to only 22,000. It was the fewest number of jobs added since 2010.

Jobs are not going to Actual Americans:

Even worse news for actual U.S. Citizens is the jobs that are being filled are not being filled by Americans.  According to a study released last year by the Center for Immigration Studies, since President Obama took office 67 percent of this country’s employment growth has gone to immigrants (both legal and illegal). Throw in the Bush years, and almost all of the net gain in the number of working-age people has gone to immigrants.

When President Obama took office in 2009 the national debt stood at $10.6 Trillion. Thanks to the sellout Republicans in Congress, when he ends his term in office, that number will have doubled to a projected $20 trillion in debt. 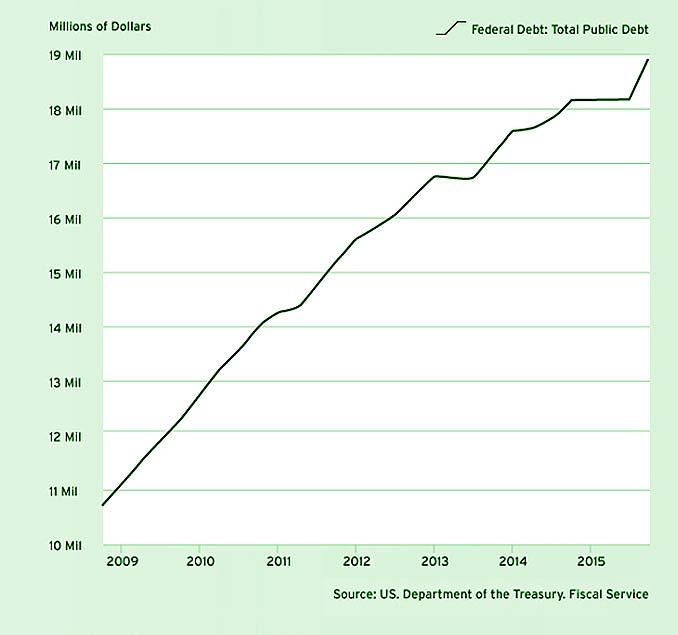 How you can Prepare for Economic Problems:

I believe one of the biggest threats we face is the coming collapse of our economy, it’s one of the reasons I wrote The Ultimate Situational Survival Guide.

Get out of Debt NOW: Every time I write this I get emails from people asking why they should pay down their debt, after all if the entire economy collapses what does it matter?

Listen, if the economy tanks then all the cards go right out the window; but in the meantime, debt is your number one enemy. Just look at what happened to people during the 2008 crash; millions of Americans lost their homes, had vehicles repossessed, and many ended up out on the streets when creditors went after them for past debts.

In the lead up to any major crash creditors are going to be ruthless when it comes to collecting on outstanding debts. Do you really want to gamble on your ability to house and feed your family?

Whether it means taking on a second job, canceling non-essential payments like gym memberships, cable, cell phones, etc., or just selling your old stuff at a garage sale, you need to work towards paying down your debt. The last thing you need is to be facing a foreclosure or repossession when the economy starts to tank.

Learn to Prep on a Budget: Don’t be fooled by fancy marketing gimmicks that try to convince you that you need to spend buckets of cash to be prepared. Yes you will need to spend some money to get started, but in the long run prepping should actually save you money. Put together a budget that accounts for all of your essential needs and then add a realistic preparedness line item to your budget.

Establish an Emergency Fund: Part of that written budget should include a line item for putting away some sort of emergency fund. You may not be able to fully find it right now, but every dollar that you can throw at that fund will put you that much closer to your goal of being financially prepared to meet future crisis situations.

Learn to be Self-Sufficient: One of the biggest problems we face as a country is the lack of self-sufficiency that has spread like a disease throughout this country. We live in a throwaway society, where instead of learning how to fix something when it breaks, people instead run to the nearest store to buy another piece of garbage that they probably didn’t need to begin with. One of the best things you can do to ensure your future and your financial freedom is to learn how to be completely self-sufficient.

When it comes to preparing for this threat, one of the most important things you can do is have a plan of action. Check out my article on how to prepare for the coming collapse, and start making plans for how you will protect yourself and your family from this threat.

Have ideas or tips that you think can help? Please leave your ideas in the comments section…