The threat of a solar flare wiping out our electric grid is probably something that most people have never even heard of, but the fact is, the threat is very real and has happened in the past.

This week Congress is set to unveil a plan to save the nation’s electric grid from Large Scale Solar Flares and EMP attacks. The bill, The Secure High-voltage Infrastructure for Electricity from Lethal Damage Act (SHEILD ACT), is aimed at protecting our nation’s transformers from both solar storms and EMP attacks.

As unlikely as it may sound, it’s among the top threats facing America. Coronal mass ejections (CMEs) and electromagnetic pulses (EMPs) have enough power to literally fry our entire fragile electric grid. Just one EMP, or a direct hit from a large enough CME, could send 300 million Americans into the dark for months or even years.

And just like our electrical grid, our communications infrastructure is also incredibly vulnerable to CME and EMP attacks. In fact, either one of these disasters could bring down our cell towers, radios, telephones and internet systems in a flash. 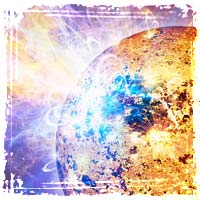 Back in 1859, just as the world started to rely on electricity, the earth was hit by a massive solar flare. What came to be known as the Carrington event, gave us a taste of what could happen should we be hit by one of these massive solar flares today.

The CME that hit back in 1859 was so powerful that it could actually be observed with the naked-eye.  It caused widespread damage to telegraph systems throughout the world. Telegraph operators received shocks, telegraph papers burst into flames and aurora-induced electric currents sent power through telegraph machines allowing messages to be transmitted even after being disconnected.

Today, our modern electronics are much more sensitive than those telegraph systems and are incredibly vulnerable to this type of disaster. Computers, cellphones, vehicles, and pretty much anything electrical could be zapped out of existence in a split second.

Even worse is what would happen to our electric grid. In a matter of seconds, the large transformers that power our grid would be instantly crippled – resulting in our country going dark for a year or maybe even longer.

In 2004 a congressional panel described the effects of a “Carrington Event” in today’s world. Bill Graham, chairman of the panel, said as many as 9 out of 10 people could be killed in the aftermath. This isn’t that surprising since according to a recent study, most Americans believe they would be dead within two weeks of the power going out.