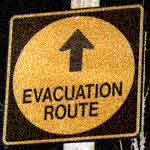 For the last couple weeks a number of reports have been leaking out of Chicago about the possible evacuation of Chicago Residents during this months NATO summit. From the Illinois Department of Transportation testing an emergency plan to block highways out of downtown Chicago to the military conducting urban warfare drills in downtown Chicago, many residents are starting to wonder exactly what the government is expecting.

This morning CBS News in Chicago reported that another emergency evacuation site has been confirmed, this time at Benedictine University in DuPage County.

The Dupage County Red Cross confirmed that they were asked to prepare a number of evacuation sites including Benedictine University. The college campus is being prepared to take as many as 1000 evacuees but Red Cross says they are also in the process of prepping a number of other locations.