Over the last year we have seen numerous eradicated diseases come surging back in the United States. From Whooping Cough and the current Measles outbreak, to mystery diseases like EV-D68, which is causing paralysis in young children, The United States seems to be a ticking time bomb of disease. 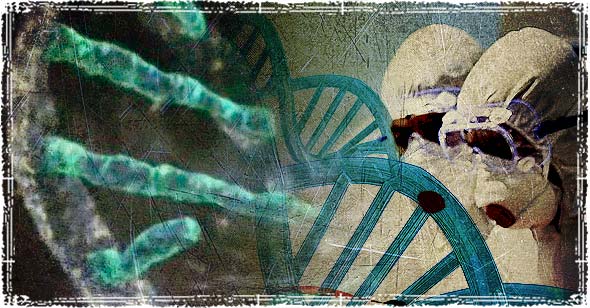 In 2000, the United States declared Measles had been eradicated in the country. But late last year it came surging back when an outbreak that began at Disneyland began spreading throughout the country, affecting 17 states to date.

So far this year, infections are on track to surpass last year’s record 644 cases in the United States – the highest number of measles infections since it was eliminated in the U.S. in 2000.

Measles isn’t the only disease making a huge comeback; Whooping Cough, another disease almost eradicated in the United States, has begun spreading throughout some communities like wildfire. In California alone, over 11,000 people caught Whooping Cough in 2014.

Late in 2014, a mystery virus began sweeping through the United Sates, sending thousands of children to the hospital with severe breathing issues. Within days, the disease was linked to a rash of mysterious cases of muscle weakness or paralysis in children.

The Virus, EV-D68, another disease that was uncommon in the United States, is closely related to the Polio virus and is suspected to be the cause of the acute neurological illness and paralysis cases.

Drug Resistant cases of Tuberculosis have been skyrocketing in recent years, with most U.S. cases linked directly to people coming in from outside the U.S.. Officials say that when drug-resistant cases show up in the U.S., there is often a Mexico connection.

North of the border, in San Diego, the overall TB rate is around twice the U.S. national average. Los Angeles is grappling with its worst TB outbreak in a decade, and police have been reminded to use face masks when encountering those who are sick. “You can learn from San Diego how things could play out in the heartland of America,” says Richard Kiy, chief executive of International Community Foundation, a public foundation that supports treatment of drug-resistant TB patients at Dr. Laniado-Laborin’s clinic and elsewhere in Baja California.

The Link between Disease Outbreaks and Illegal Immigration

Apparently it’s not politically correct to even suggest there may be a link between illegal immigration and once eradicated diseases showing up in areas with high illegal immigrant populations. In fact, the mainstream media, the federal government, and the morons over at the CDC have been feverishly trying to do anything they can to smear anyone who suggests a link.

Instead of doing their job, and using scientific research to determine where these diseases are coming from, the incompetent fools at the CDC have been busy pushing the lie that it’s unvaccinated American children who are at fault. Ironically, they say nothing about the hundreds of thousands of unvaccinated illegal immigrants who are flooding the country every month from places like El Salvador, Honduras and Nicaragua.

Now before I start getting flooded with emails from irrational idiots who like to cry racism, let me remind you that I’m not against Immigration. In fact, if I was born into one of these countries I would be doing everything I could to enter the U.S. as well. I don’t fault anyone for wanting a better life; I blame the morons in Washington, on both sides of the aisles, who play political games with people’s lives.

We are a nation of immigrants…

We are a nation of immigrants; but the way we currently handle our immigration policy is a recipe for disaster. No rational nation would let millions of undocumented, unvaccinated, and unvetted people over its borders without expecting trouble.

The fact is, we have no idea who or what is coming over our borders. From unvaccinated and diseased people, to terrorists using our open borders to stroll right into our country, we have a huge problem that is being ignored by everyone in Washington.

During the heyday of immigration into the United States, we required screenings of all incoming immigrants; we even built special islands in New York’s Harbor to quarantine incoming ships to protect the population from incoming disease. People didn’t cry about injustice; they realized that when you introduce new populations to a country, you introduce diseases that have not been seen in that area.

This had nothing to do with being anti-immigrant. It has to do with screening people to protect a country from not only disease, but terrorism, drugs, criminal gangs, and a myriad of problems that come from allowing people into a country without systems to check who these people are.