In what I believe to be the latest attempt to silence alternative media – the media who actually takes the time to do their job, instead of regurgitating the same old government propaganda – Facebook has started a program to filter out what they claim are fake news stories. While that may sound like a worthwhile cause, how they determine what constitutes a fake news story is pretty sketchy to say the least.

Facebook is implementing a new feature that will allow users to flag stories that they believe are false. The problem with this strategy is it’s really nothing more than a way for those who oppose free speech to silence their critics. Keep in mind that most of the people receiving these so-called fake news stories in their news feeds are people who trust those sources and have choose to follow those Facebook pages. 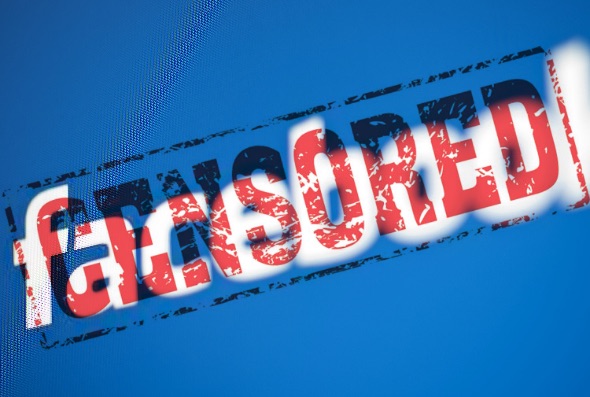 As most of you know, Off Grid Survival was suspended from posting on our Facebook page earlier this month, after posting a news story about the Paris Terror attacks. Nothing in the story was false or misleading; the problem with the post was we refused to bow down to the Islamic extremists, and decided to run the original Charlie Hebob Newspaper image that featured a cartoon depiction of Mohammed – something the mainstream media in this country censored in their reporting of the story.

So these filters that are supposedly meant to stop fake news stories and hoaxes, are really nothing more than a way for the wackjobs to silence legitimate news stories that they don’t agree with.

I know there are going to be those who argue Facebook is a private company and can do whatever they want; that may be true, but keep in mind this private (tax-payer funded) company has completely changed the way people receive information by creating a monopoly on the movement of thought and expression.

When a few liberal run social media companies can dictate what you can and can’t see online, we have a big problem that is only going to get worse. One that allows them to further control the American public and sway publi policy any way they wish.