Operation Choke Point was sold to the American Public as a Department of Justice initiative to stop fraud and money laundering, but a number of small firearms companies, gun stores, and ammunition companies are claiming the federal government is using it as a backdoor attempt to kill the second amendment. 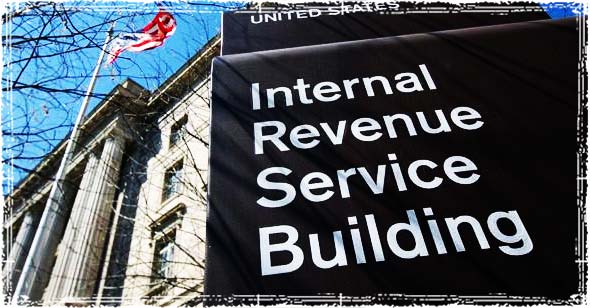 Andrew Clyde, a Navy veteran who served in Iraq, says the IRS targeted his gun shop and seized nearly a million dollars as part of Operation Choke Point. He testified today at a House Congressional hearing, outlining his ordeal and asking congress to repeal a law that allowed the Federal government to target his company.

The law, which allowed the IRS to go after Clyde falls under the Bank Secrecy Act. Under that law, banks must report all cash deposits more than $10,000. Clyde, as well as a number of other firearms companies, had their assets seized because the government claims they structured their deposits to avoid the reporting requirements.

Clyde eventually got back his money, but it cost him over $150,000 in legal fees and a $50,000 settlement with the IRS. “This was my tactical retreat, so I could live to fight another day,” Clyde told the subcommittee. “And that day is today.”

He asked congress to repeal the law saying:

“I did not serve three combat tours in Iraq only to come home and be extorted.”

Koskinen told the he House Ways and Means oversight subcommittee, “To anyone who is not treated fairly under the code, I apologize,” … “Taxpayers have to be comfortable that they will be treated fairly.”

Clyde wasn’t the only one caught up in this egregious witch hunt by the IRS. Last year we reported a number of other companies who has their accounts frozen or suspended as part of Operation Choke Point.

As part of the Obama Administration plan, the FDIC labeled gun retailers as “High Risk”, putting them in the same category as businesses who sell drug paraphernalia. At the same time, the Justice Department started forcing banks into cutting their ties with gun dealers – even though these dealers had excellent credit and valid firearm licenses.

According to Fox News:

The Institute for Justice, a Washington-based public interest law firm, is demanding reform. The institute found that in one-third of the IRS cases it examined, there was no claim of any criminal activity — just the allegation of “structuring.” It took an average of one year to get the money back, and only half of it was returned, according to the study. The firm’s analysis showed the median amount seized was $34,000.

The Independent Community Bankers of America, an organization who represents the interests of the community banking industry, has also come out to condemn the Obama administration policy, specifically because it hurts small banks who would otherwise work with these firearms companies.

Civil Forfeitures being abused throughout the Country.

For over 30 years, Terry Dehko ran a small successful family owned grocery store in Fraser, Michigan. In 2013 the IRS used these same civil forfeiture laws to seize his family business bank account. The IRS stole over $35,000 of the family’s money, all of this without ever filing a criminal charge or allowing them to have a day in court. I outlined his, and a number of other similar stories here.

According to the Bank Secrecy Act Anti-Money Laundering Examination Manual

So while the IRS targets small business owners, seizing accounts without even a hint of wrongdoing on the part of the business owner, large corporate entities are completely exempt from the law.