If you ever wondered why we recommend prepping, and stockpiling food and emergency supplies, one look at what happened this weekend Springhill and Mansfield, LA should tell you everything you need to know – and will give you a glimpse at what this country will look like during a nationwide crisis.

Over the weekend, the debit system that allows people on government assistance to buy food, temporarily went down. The resulting chaos is a small glimpse at what I believe will happen, should the government plunge this country into some sort of economic collapse.

A couple of Walmarts in Louisiana decided to allow people to shop, even though the system was down and they had no real way of knowing how much credit people had on their cards. The resulting chaos had the store’s shelves in Springhill and Mansfield, LA stripped bare, as food stamp recipients attempted to defraud the grocery stores. 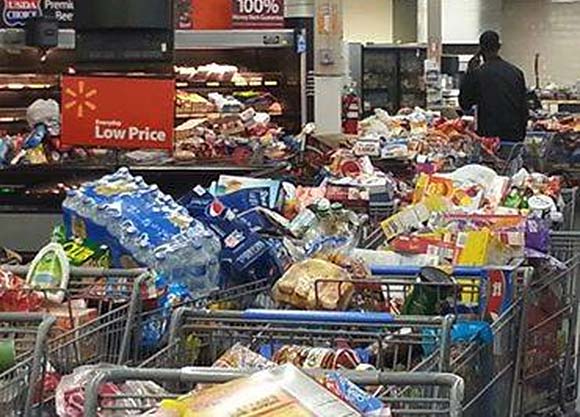 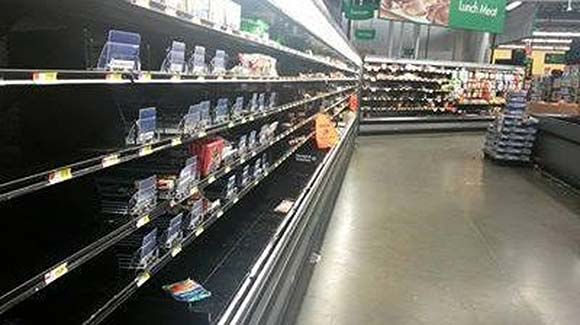 When the system went back online, the grocery store found people who had as little as .49 on their Food Stamp cards attempting to steal over $700 in food. Local police were called in as the crowd started to turn ugly, and overflowing grocery carts were left abandoned in the aisles.

Throughout the country people took to Twitter threatening to riot.

A number of people, thinking the government shutdown had affected their food stamps, took to Twitter with threats of violence and rioting.

ebt is down. there’s about to be a muhfckn riot.

Nationwide EBT shutdown…? Folks can’t eat….This is about to be all kinda bad. Folks about to riot.

4 PM please hurry up ! These people with ebt finna come with guns if they stuff don’t work

As we’ve talked about in the past, we now live in a country where almost 50% of the public relies on some sort of government assistance just to maintain their lifestyle. People have forgotten how to fend for themselves, and should this country face a prolonged disaster or crisis, what we seen here is only the tip of the iceberg.

When you consider the fact that most grocery stores only have enough food to last for at most 2 – 3 days, and then consider how people act during an outage that only lasted a couple of hours, what do you think will happen during a crisis that stops the delivery of food for a prolonged period of time?