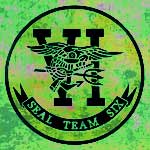 Fox News, the news organization that pretends to be the conservative voice of the world, sank to a new low after they leaked the name of The Navy SEAL who wrote about the raid that killed Osama bin Laden.

In a shocking display of how little they care for the lives of our troops, FOX leaked the name of the Seal Team 6 Member who wrote the book. The leak has exposed this SEAL, his family, and possibly the entire SEAL team to the threat of retaliation from Al Qaeda or other terrorist groups.

The book, which has already caused a huge amount of controversy among the military community – over possible National Security or Operational Security Leaks – is scheduled to be released Sept. 11 under the pseudonym Mark Owen. The publisher, which in my opinion is just as guilty as FOX News, had asked news organizations to withhold the SEALS identity. Apparently FOX was more interested in ratings!

Ironically, the reporter who wrote the story is the same reporter who late last year demonized the Obama Administration for leaking information on the raid.

In last years article he wrote:

Members of Navy SEAL team 6, the Special Operations unit responsible for killing Al Qaeda leader Usama bin Laden in Pakistan last Sunday, have expressed concerns about their safety and the safety of their families now that details of the mission have been made public.

So if the Obama Administration put SEAL Team members at risk by leaking classified information, why the hell would FOX News now leak even more information? They have not only outed this one man, but they have potentially exposed every single person that was involved in the raid to danger.