Over the last week, it’s become quite clear that the free and open internet is dead; sadly, this is due to a handful of so-called “American” corporations who despise and detest the freedoms this country was founded upon.

Yesterday, GAB, an alternative social media platform built upon giving people their first amendment rights to speak freely, was systematically targeted and taken down by the companies that run the infrastructure of the internet.

This was all done because a single user on their platform allegedly committed a horrific act of violence against a Jewish synagogue. So to save the world from hatred and bigotry, the internet elites decided free-speech could no longer be allowed on the internet and set their crosshairs on GAB. 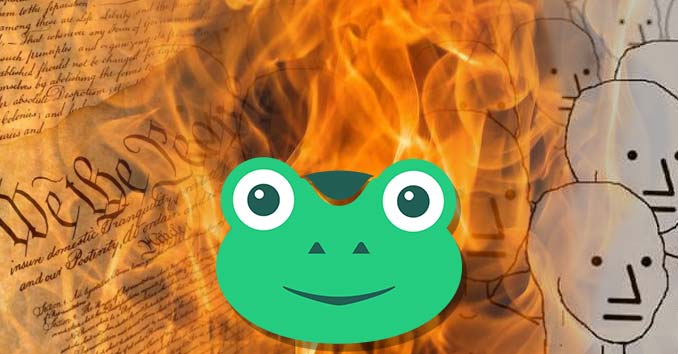 PayPal and Stripe, two of the company’s payment providers, dropped them making it impossible for GAB to process payments. Then, Joyent, their internet server provider, suspended theirs servers making their website and social media platform unavailable on the internet.

“When a site is allowing the perpetuation of hate, violence or discriminatory intolerance, we take immediate and decisive action,” said PayPal spokesman Justin Higgs in a statement.

But the internet elites weren’t done. After GAB refused to be intimidated and started looking into other hosting options — they were already thrown of Microsoft’s Azure servers week’s earlier — GoDaddy, the site’s domain registrar, which provides the Gab.com address, gave GAB 24 hours notice of its suspension, threatening to take away their .com name.

“We have been systematically no-platformed by App Stores, multiple hosting providers, and several payment processors,” GAB said in a statement posted to its site. “We have been smeared by the mainstream media for defending free expression and individual liberty for all people and for working with law enforcement to ensure that justice is served for the horrible atrocity committed in Pittsburgh.”

This has nothing to do with safety; it is about killing the internet and shredding the first amendment. After all, the alleged shooter in Pittsburgh had a profile on Facebook and Twitter, yet nobody is going after them. Hell, the alleged “hoax bomber” exclusively used Twitter to spread his ideology;

The New York Times found numerous instances of the so-called “MAGA Bomber” Cesar Sayoc sending Twitter threats. And at least one person reported these threats to the company but was ignored.

Oddly, no one is threatening to cut off Twitters ability to function as a company?

Here is just a small sample of what Twitter allows: ( I guess hate and threats against some skin colors is acceptable on Twitter) 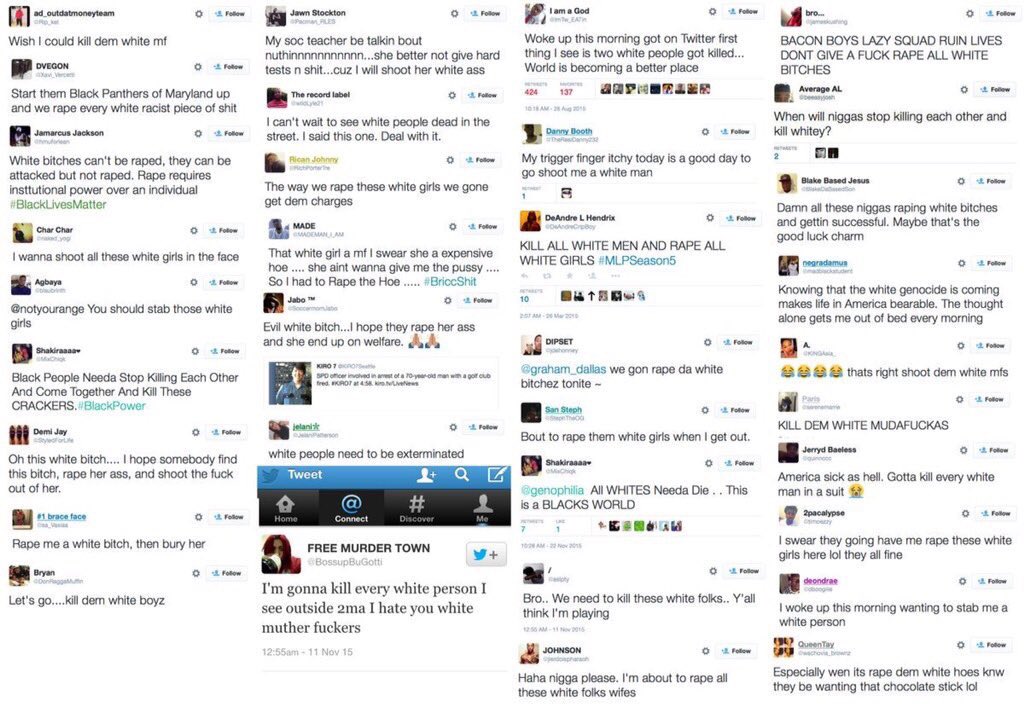 Here is an archive of hundreds of threats against the President of the United States on Twitter.

Why is the media not calling for Twitter to be removed from the internet?

Twitter full of violent threats against @realDonaldTrump but no calls to deplatform them. Very interesting given the current smear campaign and and attempt to remove @getongab from the internet. pic.twitter.com/jwJ9KDOvfD

For years, this site has warned this was coming.

We went through our own blacklisting years ago, and quite frankly the site really never recovered. We were suspended from Facebook, shadow-banned on Twitter, demonetized by Google, and had our name stolen and our content copied by a large media conglomerate. A few in the so-called alternative media wrote about it; most ignored it either fearing it would happen to them next, or because they were part of the problem — Wolves in Sheep’s Clothing!

Welcome to America; A land now run by a handful of corporations who have successfully killed the First Amendment!

The most ironic, and frankly sad part of this whole thing was summed up by GAB in a single Tweet…

Gab has to move all hosting, domain registrar, and payment processing services offshore in order to stay on the internet.

Let that sink in. 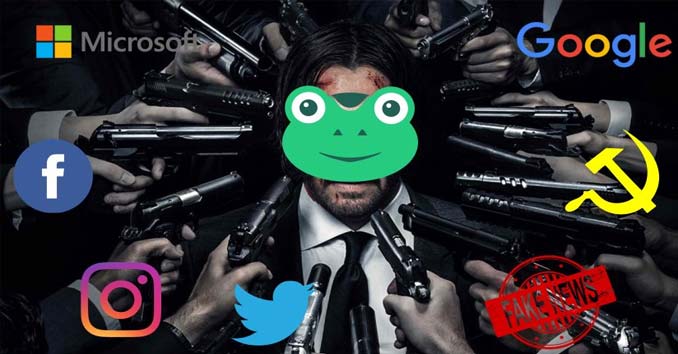 Gab has spent the past 48 hours proudly working with the DOJ and FBI to bring justice to an alleged terrorist. Because of the data we provided, they now have plenty of evidence for their case. In the midst of this Gab has been no-platformed by essential internet infrastructure providers at every level. We are the most censored, smeared, and no-platformed startup in history, which means we are a threat to the media and to the Silicon Valley Oligarchy.

You have all just made Gab a nationally recognized brand as the home of free speech online at a time when Silicon Valley is stifling political speech they disagree with to interfere in a US election.

The internet is not reality. TV is not reality. 80% of normal everyday people agree with Gab and support free expression and liberty. The online outrage mob and mainstream media spin machine are the minority opinion. People are waking up, so please keep pointing the finger at a social network instead of pointing the finger at the alleged shooter who holds sole responsibility for his actions.

You can’t stop an idea.

As we transition to a new hosting provider Gab will be inaccessible for a period of time. We are working around the clock to get Gab.com back online. Thank you and remember to speak freely.