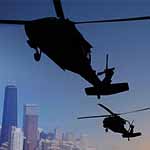 A couple of weeks ago we reported on the Urban Warfare training that was going on in Downtown Chicago. Now there are growing fears that those drills were in preparation for major problems during next months NATO Summit. A leaked email, from the Milwaukee Red Cross, is warning  that government officials are actually planning to evacuate Chicago in the event of trouble.

As unlikely as it may sound, CBS 2 News in Chicago is reporting that government officials, in the Secret Services and the Department of Homeland Security, are secretly planning for the possibility of having to evacuate Chicago.

CBS 2 News has obtained a copy of an e-mail sent to volunteers from the Milwaukee area branch of the American Red Cross.

The email warns volunteers that the NATO summit “may create unrest or another national security incident. The American Red Cross in southeastern Wisconsin has been asked to place a number of shelters on standby in the event of evacuation of Chicago.”

The Red Cross claims that the directive came directly from the “City of Chicago and the Secret Service.”

NOT JUST A DRILL:

Chicago’s Office of Emergency Management and Communications called last weeks urban warfare drills a  “routine training exercise”, but with this new information coming out of the Milwaukee area branch of the American Red Cross, you really have to wonder what’s going on in Chicago. Were last weeks drills really “routine”, or was it part of a larger plan that includes the evacuation of Chicago?

Chicago was already on edge after news broke earlier this week that a number of residents had been asked to leave their condos in preparation for major rioting.

A number of local residents received letters that read:

“We are STRONGLY recommending that all residents find places to stay during the conference from May 18 through May 21.”

“In the event of a riot or the potential of one near the building, all access doors will be locked including the garage door,” the letter continues. “For everyone’s safety, we will be instructing anyone in the building to stay in his or her unit.”

As we draw closer to the NATO summit in Chicago, a number of prominent government officials are also starting to warn people to get out of Chicago. Alderman Bob Fioretti, whose district will be most affected by security efforts, was warning residents to leave town during the summit.  He told local reporters “I’ve been advising people, if they can afford it, leave town.”

What should you do?

Having an emergency evacuation plan is critical in any situation.  If things go bad during the summit, the last thing you want is to be caught off guard. If I lived in Chicago, I would immediately start planning for the worst case scenario. (it’s better to be safe than sorry)