The U.S. Government is gearing up for a major Preparedness Drill that will simulate a Grid Down Scenario, one that will examine what would happen if the county’s electric grid was taken down by both physical and cyber-attacks. 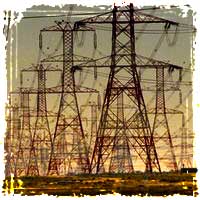 The threat is very real and is something that we’ve covered in great detail in the past. Our electric grid is extremely vulnerable to an attack that could leave our country in the dark for weeks, maybe even months.

In preparation for this type of attack, our government is going to test the grids vulnerabilities, as thousands of utility workers team up with anti-terrorism experts, Homeland Security, the F.B.I. and other governmental agencies.

On November 13 – 14, 2013, the United States; Canada; and Mexico, along with more than 150 companies and organizations in all three countries, will take part in the GridEx 2013 Preparedness Drill –  one of the largest preparedness drills in our country’s history. They will practice for an event unlike anything this country has ever seen, one experts fear is only a matter of time away from happening.

The drill will look at how the three governments react to the loss of the power grid, and a crippled supply chain that would inevitably follow the event.

Most people don’t realize how important the grid is to almost everything in today’s world. 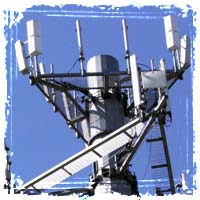 It basically runs everything from our communication infrastructure, to our drinking water and our food distribution systems. But that’s really just the start. The economy, our hospitals and everything people depend on in today’s modern world would be gone.

If the grid goes down, this country will see mass panic and chaos like nothing we’ve ever experienced. And this is why we keep talking about personal preparedness.

The fact is, during a grid down situation you will be on your own. The government simply doesn’t have the ability, or the resources to help you survive. If you don’t have adequate training, emergency supplies, and the ability to survive this type of situation, your timing might be running out.

I would take this drill as a warning that you need to run your own drills, and figure out how you’ll respond to the chaos that will likely come after the grid goes down. Check out our Preparedness Resources, and learn everything you can while you still have the chance to do something about it.