The Midwest Poultry industry is being hit by the largest-ever U.S. outbreak of avian influenza, which has overwhelmed poultry and egg producers throughout the region. So far over 21 million birds have died, or are scheduled to be euthanized in an attempt to stop the spread of the virus. 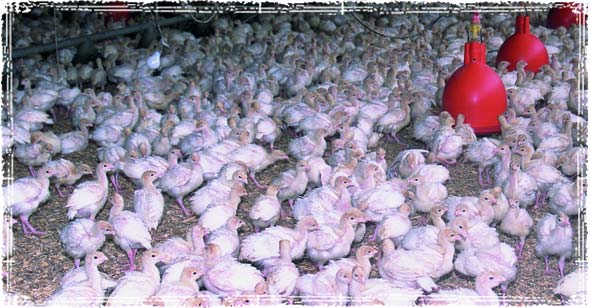 The outbreak is already causing major problems throughout the industry, with some analysts predicting major shortages — especially for Thanksgiving Turkeys.

This week, Jennie-O slashed hours at its Minnesota plant, causing the layoffs off 233 employees. Minnesota has been hit particularly hard, with 80 turkey and chicken farms being infected by avian influenza, wiping out more than 5.3 million birds throughout the state.

With Thanksgiving only seven months away, farmers are warning that they are running out of time to raise enough turkeys for the holiday season.

Once a farm is infected, the entire flock must be culled and disposed of to prevent the spread of the virus. The buildings must then be disinfected, so a new flock of turkey chicks can be brought in. This process can take up to three months; it then takes another four months to produce a full-sized hen.

Compounding the problem, is the fact that breeder farms have also been infected with the H5N2 virus, making it a major challenge for farmers to even find new chicks to populate their farms.

Price hikes just around the corner…

If you haven’t seen prices rising at your local grocery store, you’ll probably feel it pretty soon as egg prices are expected to be the first sign of trouble.

Experts Scrambling to Figure out How Virus is Being Spread

At first industry experts believed the virus was being spread through migrating birds flying in the Mississippi flyway. They now believe migratory waterfowl are no longer the main cause, and believe the virus may be moving through an airborne process.

John Clifford, the chief veterinary officer of the Washington-based USDA, confirmed that the virus is likely spreading from particulates in the air. Last month on a media conference call he said, “What we’re talking about is the wind carrying potentially feathers or dust or things that could be a carrier of the virus and moving it” to structures with poultry.