It’s an open secret among intelligence officials; our nation’s vital infrastructure is grossly unprepared for attacks, and according to officials, has already been penetrated by multiple hackers and government-sponsored groups on multiple occasions.  In fact, a 2014 bulletin from the Department of Homeland Security warned that Russian Hackers had infiltrated and inserted malware into some of the nation’s most vital infrastructure systems.

The Malware, which was inserted as part of a hacking campaign that dates back to 2011, has been found in software used to control industrial operations like oil and gas pipelines, power transmission grids, water distribution and filtration systems, wind turbines and even some nuclear plants. While sources say no attempts have been made to activate the Malware, cyber-security experts say the Malware is very advanced and could be used to trigger the shutdown of essential public utilities throughout the country.

That same year, a similar attack infected computers at over 1,000 energy companies in over 80 countries. That attack, which infected computers with a virus known as “Energetic Bear,” allowed hackers to take control of power plants and cripple their systems with the click of a mouse.

This new threat, allows hackers to take control of various industrial processes through infected computers. The hack became known to the industry last week when a DHS alert bulletin was issued by the agency’s Industrial Control Systems Cyber Emergency Response Team. The bulletin said the “BlackEnergy” penetration had been detected by several U.S. companies and claimed it was the same malware used by a Russian cyber-espionage groups to target NATO and some energy and telecommunications businesses in Europe earlier this year.

Last year I ran an article about the upcoming cyber wars; something U.S. officials have been quietly preparing for over the last couple of years. In 2013, the Obama administration conducted an internal review of how they could use cyber-warfare to preemptively attack countries who posed a threat to our “national security interests.”

President Obama is known to have approved the use of cyber-weapons on at least one occasion when he ordered a series of cyber-attacks against Iran’s nuclear enrichment facilities. The operation, which began under President George Bush, was accelerated as soon an Obama took office. Some experts see this current attack as an escalation of the coming cyber-wars; with one DHS official telling ABC News the Malware was probably placed “in key U.S. systems as a threat, and/or as a deterrent to a U.S. cyber-attack on Russian systems – mutually assured destruction.”

What Experts say about the Threat

The truth is this threat really isn’t anything new. If you ask most cyber-security experts, they will tell you that we’re under constant attack 24/7, 365 days a year. In fact, in 2012 I interviewed Cyber-Terrorism expert and member of the US Secret Service Electronic Crimes Task Force, Damon Petraglia. In the interview, Damon told me that “We have been attacked, and we are under attack 24 hours a day, seven days a week, 365 days a year. Our military systems are probed more than hundreds of thousands of times per hour. Our private industry can claim similar statistics.”

He advised our readers back then to start taking steps to prepare themselves; including making preparations for extended periods of time without adequate food, water supplies and access to emergency services. If you haven’t taken steps to prepare for this threat, you need to consider how bad things might get if we ever face a full-scale attack.

According to Frank Gaffney, a spokesman for the Center for Security Policy, within a year of an attack that took out our power grid “nine out of 10 Americans would be dead because we can’t support a population of the present size in urban centers and the like without electricity.” While that number may seem unbelievably high, former CIA Bureau Chief Claire Lopez has also warned that “Within one year, it is estimated that 9 out of 10 of all Americans would be dead.”

What can you do to Prepare for a grid-down attack? 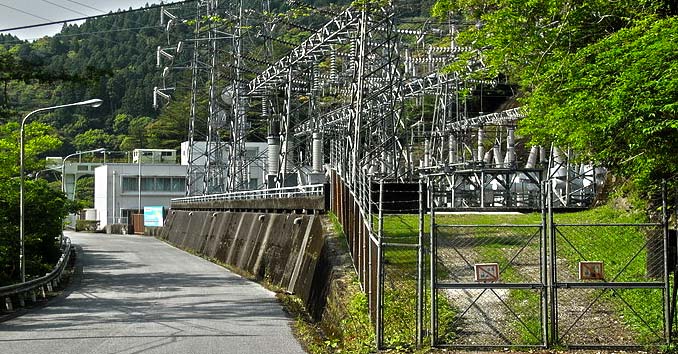 In my book, The Ultimate Situational Survival Guide, I devote a lot of time to this particular topic. As we become increasingly dependent on technology, I believe it’s only a matter of time before we are all affected by our dependence.

Increase your Food & Water Supplies NOW: During a prolonged crisis, food and water are going to be some of the most important survival items you can have. Our entire food delivery system is incredibly dependent on computers and electricity; if something were to take down our vital infrastructure, almost instantly you will start to see significant shortages and supply chain problems. Now is the time to stock up on long-term food and water.

Stock up on Firearms: During any type of crisis, security is going to be one of your top concerns. During a grid-down scenario, people are going to be going crazy; social unrest will be one of the top threats you’ll face. The unprepared masses are going to be a threat to your safety.

Stock up on Backup Power. Small solar chargers and battery backups have all come down in price over the last couple of years. For a couple of hundred dollars, you can ensure you’re ability to power things like tablets (that can be packed full of survival books and necessary documents and files), Ham radios and emergency communication devices, flashlights, and many other helpful electronic devices.