A family in Ohio is embroiled in a court battle, after a mother who decided to homeschool her child was sentenced to 180 days in jail for not filing the proper paperwork. You really can’t make this stuff up!

Another judge later overturned the sentence, after the mother was forced to plea to a lesser crime and ordered to attend court mandated truancy classes, a ruling that her lawyers are in the process of appealing. 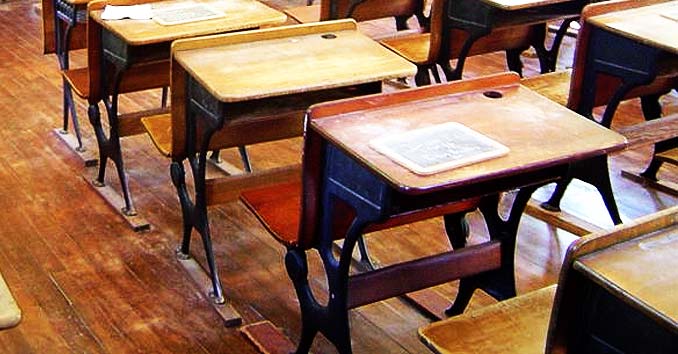 The trouble began shortly after the family pulled their child out of school, a decision they made as a family, after realizing the kid was not thriving in the public school system – something most homeschool families can understand.

The family received a letter from the local school, telling them they had to file a notice and an end-of-year assessment, even though they pulled the child out of the local school system.

After being told by the district that there was no deadline to file the paperwork, the parents decided they wanted to teach their child year round and waited to file the assessment until September.

Well, that’s where the tyrannical government morons stepped in.

In early September, the parents started preparing the notice for the next school year and arranging for their child’s end-of-year assessment.

Then, out of the blue, a letter arrived from the school, telling them that the “no-deadline” paperwork they discussed back in May was actually “due” on August 1. In the letter, they were informed that the public school had been marking their child “absent” from school for six weeks.

The news came as a complete shock to the family. Fearing what might happen, they sent off the notice they were preparing and called the school to let them know they would send the assessment as soon as it came in. Within two weeks, the family received the results of the assessment, thanks to homeschooling their child was now scoring in the 97th percentile!

How dare these parents want to teach their child throughout the entire year; and how dare they do a better job than the public school system!

A few days later, they received a summons to court on criminal charges for “contributing to the delinquency” of a child. Not because they didn’t educate their child, or because he didn’t perform well academically; after all, he did shoot up to the 97th percentile, they were charged with a crime because some government jackass decided the parents didn’t fill out the proper paperwork on time.

Convicted, despite the fact that the child was thriving!

Here is the statement from the families lawyer:

Days after they received a letter from their school district recognizing their homeschool program for the 2016–2017 school year, this family was summoned to juvenile court on criminal contributing charges.

In April 2016, the case was tried before a magistrate. At the trial, the mother testified extensively about her decision to homeschool, her conversation with school officials, her son’s summer-school program, and his stellar assessment results. The magistrate decided to convict her anyway, sentencing her to the full penalty available under the law: 180 days in jail (although those sentences were suspended provided that the mother attend truancy classes with her child—which she did).

In Ohio, a magistrate’s verdict has to be ratified by the court of common pleas, so HSLDA filed a lengthy list of objections in that court. On September 30, 2016, the common pleas judge decided to overturn the magistrate’s recommendation that the mother be convicted of contributing to the delinquency of her child, noting specifically that the child had been continuously educated at home even while her paperwork was outstanding.

Unfortunately, the judge decided to convict the mother of another crime: “failure to send a child to school”—a less serious offense, but still a criminal misdemeanor.

While we are relieved that the judge revoked the magistrate’s “contributing” conviction along with its draconian sentence of jail time, we are disappointed that the judge instituted any conviction at all. We are preparing an appeal to overturn this new conviction on grounds that were raised before the magistrate and the court of common pleas, both of which ignored our arguments. The state’s evidence fell far short of the standard required for a criminal conviction, and we will make sure the court of appeals receives that message loud and clear.