HSBC chief economist Stephen King warned clients this week about the impending demise of the world’s economy. In a letter to HSBC clients King warned, “The world economy is like an ocean liner without lifeboats. If another recession hits, it could be a truly titanic struggle for policymakers.”… “In the event we hit an iceberg, there aren’t enough lifeboats to go round.” 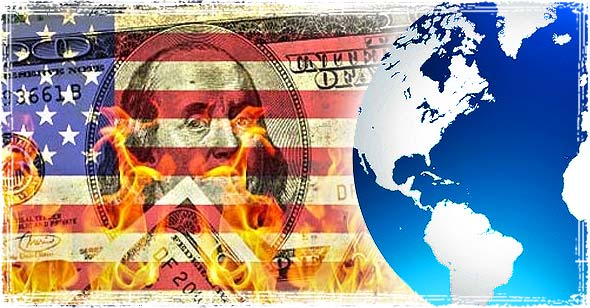 As the race for the White House once again heats up, many of the world’s top economists are warning that we are likely to see a repeat of the economic collapse that happened around the 2008 election cycle. As we noted in an article earlier this year, many economists see the 2016 presidential elections as the iceberg that may sink the ship.

Jeremy Grantham, co-founder and chief investment strategist of Grantham Mayo van Otterloo has been telling his investors for the last year to watch out for 2016. He warns that stocks are 65 percent overvalued, and says the bubble will burst around or after the 2016 presidential election – something like a bad replay of the 2008 financial crisis that broke right before the elections.

In King’s letter to investors, he noted that the so-called recovery (since the 2008 crisis) is nothing to be excited about. He warned, “Whereas previous recoveries have enabled monetary and fiscal policymakers to replenish their ammunition, this recovery — both in the US and elsewhere — has been distinguished by a persistent munitions shortage. This is a major problem.”

Since the economic crisis in 2008, President Obama has almost doubled the national debt. On the last day of President Bush’s term in office the National Debt hit a staggering $10.626 trillion; sadly, it has since ballooned to well over $18 trillion. During that same period welfare has grown out of control, one in five U.S. millennials lives in poverty, and almost two-thirds of children in the U.S. now live in a home that receives assistance from at least one government welfare program.

If you haven’t started taking steps to prepare yourself for the coming economic chaos, you really need to rethink your strategies and take a hard look at what’s going on in this country. The signs are everywhere; from an economy that never really recovered in the first place, to governments and banks increasingly attempting to ban paper currency, the writing is on the wall.

How to Prepare for an Economic Collapse

I devoted an entire section to financial preparedness and the coming collapse in my book, The Ultimate Situational Survival Guide; I believe it’s one of the most serious threats we face. Some of the suggestions I outline include:

Start an Emergency Fund & Get out of Debt Immediately: Starting an emergency fund is one of the best ways to ensure you can protect yourself and your family once things start to go bad. Although many people think having paper currency will be useless after a complete collapse, in the lead up to the crisis having an emergency fund will enable you to buy needed supplies and make last minute preparations that could protect your way of life.

Also keep in mind what happened during the 2008 crisis. Millions of people lost their homes, their jobs, and were unable to pay for basic necessities because they failed to prepare for financial emergencies. During an economic collapse, the possibility of losing your home to debt collectors becomes a real possibility. If you can get out of debt, you limit your risk and give yourself a head start on facing the crisis.

Start Cutting Expenses: If you can live without it, now is probably the time to start cutting it out of your budget. From those high monthly cable bills, to eating out and buying that $5 latte, you really need to start paying attention to where your money is going.

Invest in Long-term Consumables: During a complete collapse your financial investments will become useless. The only thing you can truly count on to hold its value is long-term consumables. Start stocking up on things that you know you’ll need and use in the future. Emergency supplies, long-term food, land, and everyday household goods are all things that will continue to hold their value long after the collapse.

Take a serious look at your Defense: If the collapse happens, one of the biggest threats you’re going to face is from people looking to take advantage of the situation. The riots that we witnessed in both Baltimore and Ferguson are going to pale in comparison to what we’ll see during a full-scale economic collapse.