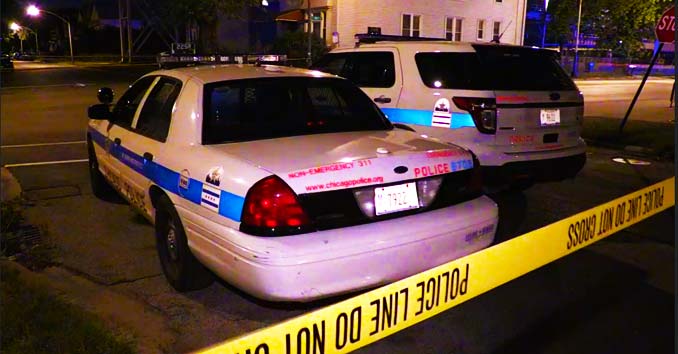 The state of Illinois and the city of Chicago has officially reached 3rd world war zone status. Over the Independence Day weekend, over 100 people were shot in the city of Chicago. Of the 102 people shot since Friday night, 14 have died.

The violence this year was largely confined to the South and West sides, with the citywide shooting totals clocking in at 326 people shot and killed to date, and another 1,537 shot and wounded since January 1st.

Just days before this latest explosion of violence, President Trump tweeted that he was ready to send federal help to Chicago to curb the violence.

The Entire State Of Illinois Is About To Collapse

On top of record levels of violence, the entire State of Illinois is facing financial ruin. Governor Bruce Warner is warning that the state is on the verge of “banana republic territory” because of how mismanaged the state has been over the last couple of decades.

The state has a $6 billion deficit and is responsible for a record backlog of unpaid debts totaling $14.7 billion, threatening to plunge the state into bankruptcy and putting it on track to become the first U.S. state to have its credit rating downgraded to “junk” status.

According to Fox News, Illinois also has $130 billion in unfunded pension obligations that nobody is really taking into account. The state’s finances are so bad that some are proposing that Illinois just be dissolved, with its land distributed to the surrounding states.

John Kass, a writer for the Chicago Tribune, wrote earlier in the week:

Dissolve Illinois. Decommission the state, tear up the charter, whatever the legal mumbo-jumbo, just end the whole dang thing.

We just disappear. With no pain. That’s right. You heard me.

The best thing to do is to break Illinois into pieces right now. Just wipe us off the map. Cut us out of America’s heartland and let neighboring states carve us up and take the best chunks for themselves.