When people talk about the internet they often speak about how it has radically enhanced our access to information and learning. While in the beginning that may have been the case, the once great bastion for free expression and ideas has been corrupted and hijacked by a handful of greedy media conglomerates and Silicon Valley corporations.

Over the last decade, alternative media outlets and citizen journalists have been able to successfully use the internet to bring information to people in a way that was unheard of in the past. People that were once silenced by the government/media propagandists were able to get their message out in a way that became a huge threat to the establishment. But over the last couple of years, the open source internet has become threatened by those who are scared to death of losing their power, and the promised gateway to free speech, free thought, and free learning is now in jeopardy.

Between Facebook, Twitter, and Google most internet traffic is now driven by one of these large corporate sites. In fact, it’s estimated that as much as 40% of all news site traffic is now delivered directly from Facebook alone. With so much traffic now in the hands of a few large Silicon Valley corporations, you really have to ask yourself: How free is the internet?

Think about it; a handful of very large corporations now have the power to control exactly what you see, and then slowly shift how you feel about certain subjects without you even knowing.

What sounds like something directly out of 1984, has now become our reality. With the flip of a switch — or rather a small change in a computer algorithm — these three companies can now control exactly what you see, what the public reads, and even how the public feels on just about any subject.

Stop and think about what that really means. 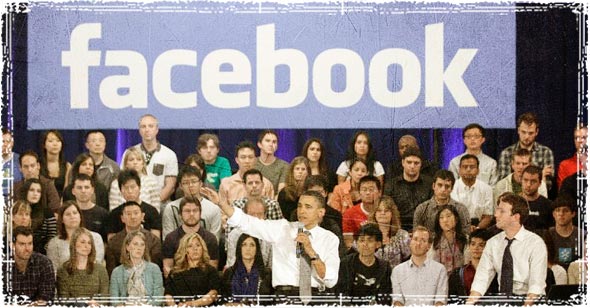 Over the last couple of years these internet giants have increasingly started taking control of what you read and what you see.

Let’s take Twitter as an example. Here you have a site that was sold as being a breakthrough in free speech; a way for citizen journalists to report in real-time what was really going on anywhere in the world. What was once a great resource for finding information has become a prime example of how easily the internet can be hijacked.

Over the last couple of years Twitter has begun banning a number of citizen journalists. While the company denies targeting these people, a number of leftist political groups have used twitter’s complaint policy to successfully shutdown conservative journalist’s accounts.

Earlier this year, Twitter started filtering what used to be live results. The company is now using an algorithm that will limit the reach of what it is calling “abusive posts”. While that may sound like a worthy goal, after all who wants people to be abused, the problem is what they are filtering is far from “abusive”.

The same company that allows some of the most vile pornography imaginable in its search results is now filtering speech that most would consider traditional values — claiming that it’s hate speech.

Earlier this year, Facebook put policies in place to filter out news that is deemed questionable. But who exactly determines what news is questionable? In my opinion, 99% of what’s reported by the mainstream media is questionable; yet, most of that news somehow makes its way right past Facebook’s filters. I guess the mainstream media is automatically deemed trustworthy – and why not, they are all part of the same establishment power structure that is being threatened by the freedom of the internet.

As most of you who follow this site probably know, I’ve had a lot of problems with Facebook. Personally, I’m not a big Facebook user; but I did start a page for OFFGRID Survival that at one point had over 360,000 people following it.

Unfortunately, over the years we have seen Facebook limit who sees our posts — even though those people specifically subscribed to our page asking to see our posts — and we were even banned from Facebook after posting a picture of Mohammed (as part of our coverage of the Paris Terror attacks in January, 2015).

While these sites defiantly have a right to do whatever they want with their properties, they don’t have the right to purposely deceive their users and limit the flow of information.

The War on the Internet and the Social Media Ghettos 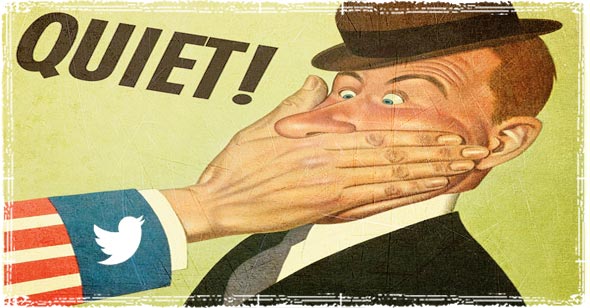 Last month Matt Drudge, owner of the popular Internet news site the Drudge Report, warned that the government was attempting to shutdown alternative media news websites. In fact, he was even told by a Supreme Court Justice that the government had the votes to kill these sites by going after them through newly proposed changes to the Copyright laws.

The simple act of linking to a new story could soon be enough to get your website shutdown. Speaking in a rare interview on the Alex Jones show, Drudge said:

Ironically, as I was sitting researching information for another article I planned on writing this morning, I was confronted with another example of how out of control the P.C. Police have become. At first this article was going to be about how Verizon was just caught censoring all out going emails that contained links, but as I tried to research that story, I found that I really needed to talk about the danger we face from this new overly controlled internet.

As I sat in the waiting room at a local truck dealership, I hoped online to research the story. But instead of being able to do my research, I received a popup message informing me that the site I was attempting to view was being blocked by the WIFI provider, because the site contained “Political Advocacy”. What a world! Another company that felt it had the right to determine what I see online.

So what can you do?

Limit, stop using, or take control of how you use these Social Media Ghettos! During the interview with Matt Drudge, he made an interesting comment/observation about these social media sites. He described them as “Social Media Ghettos” that were swallowing up content and actually killing organic growth for alternative media websites. He talked about how the public had been pushed into these corporate run sites in an attempt to create a “weird conglomerate of group-think”.

While there may be some value to sharing these types of articles, and articles from other alternative media websites, the fact is it’s getting harder and harder for them to actually reach the people who need to see it. Out of my 340,000+ followers on Facebook, I’m lucky if Facebook shows my post to 5% of those people.

Start your own website or online community. Listen, I’m one guy. I started this website back in 2007, and I have slowly grown it one day at a time. It’s not easy, but I do believe it’s important. In the process of doing so I’ve talked to millions of people, written a book that helped expand my reach beyond the internet, and helped a countless number of people become better prepared for the very real threats in today’s society.

You can do the same thing! Even if it’s just a small blog that is read by a handful of people, you can help create your own community that isn’t owned by Facebook, Google, Twitter, or any other media conglomerate. You can write about the things that are important to you, and you can share the stories and links that you think are important.

Get an RSS Reader: Instead of relying on Google or Facebook to tell you what’s important, download an RSS reader and subscribe to sites like this and other independent media sites. That way you get to choose what you see, when you see it, and how much of it you see.