Over the last couple of months we have seen numerous high level government officials, national news organizations, and so-called civil rights leaders push a narrative that has now cost the lives of two police officers in New York.

What started earlier this year in Ferguson, Missouri, and spread nationwide because of government/media propagandists who sent out a constant stream of unrelenting propaganda, has now turned into a runaway train of chaos that is turning increasingly violent.

For weeks now, police throughout the country have been on high alert as so-called “peaceful protestors” have begun targeting officers.

Largely ignored by the mainstream media, so they can continue to push people into the streets, police have been under constant attack.

Police brutality exists, but, ironically, it’s your faith in their restraint that gives you courage to do this. #nypd pic.twitter.com/XKPq5GkTIU

Even before the tragic death of two police officers in New York, organized groups of street thugs have been strategically attacking police officers at these so-called “peaceful protests.” In fact, Obama Superfan and street agitator Russell Simmons called for more police killings on his Twitter account, right after the death of the two New York officers. He quickly deleted his tweet, but not before others captured exactly what he pushed his supporters to do. 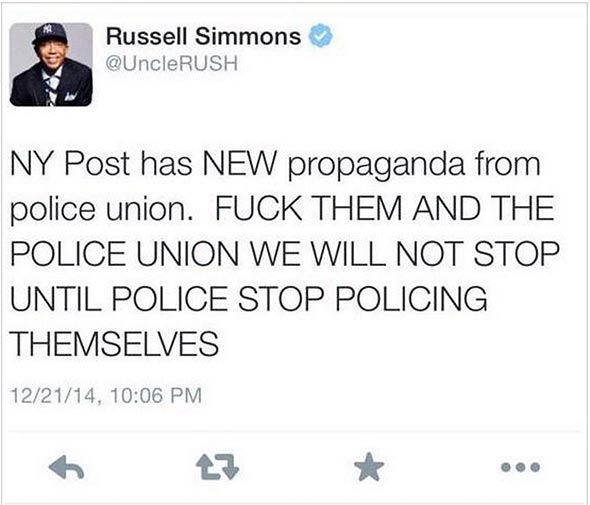 Earlier this month in New York, officers were assaulted on the Brooklyn Bridge as they attempted to calm the crowds.

Several people then began assaulting the officers, said John Miller, deputy commissioner of intelligence and counterterrorism. The lieutenants were “knocked to the ground, kicked by various people, kicked in the face and in the head, while the group attempted to steal their portable radios and tear away their jackets.”

The Nationalization/Militarization of our Nation’s police forces. 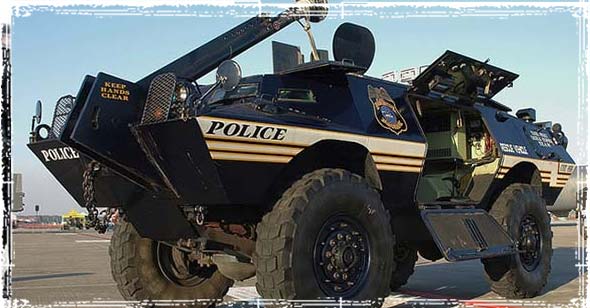 It’s a topic we’ve covered numerous times over the years; from small local police forces being given military battlefield equipment, to the Department of Homeland Security using Terrorism Grants to basically take over local police forces, this country’s police departments are being targeted for takeover. I believe the protests, and the mass chaos that has resulted over the last couple of months, are all part of a carefully scripted plan meant to further nationalize our police forces.

Don’t buy into the media propaganda that all cops are bad!

Yes, there are some bad officers out there, just like there are bad people in every profession. But when you have people calling for the execution of police officers who are just out there trying to protect the public, and then you have a government who invites these same people to the White House, and a media that gives them further creditability by allowing them to spout their views on T.V., we have a serious problem in this country.

Last month, in the wake of the Ferguson riots, President Obama used the nationwide chaos to create a National Police Task force ­­­– something I believe is the first step in nationalizing the entire country’s police departments; it’s also something that we saw another so-called “political leader” do in the 1930’s.

As we pointed out last month, the hypocrisy of the federal government trying to demonize our nation’s police forces is sickening, considering the fact that they are the ones who helped militarize them to begin with.