According to a German journalist who successfully embedded himself with an ISIS terrorist cell, the terror organization is actively trying to get its hands on nuclear weapons so they can fulfill their vision of wiping ‘several hundred million people’ off the face of the earth. 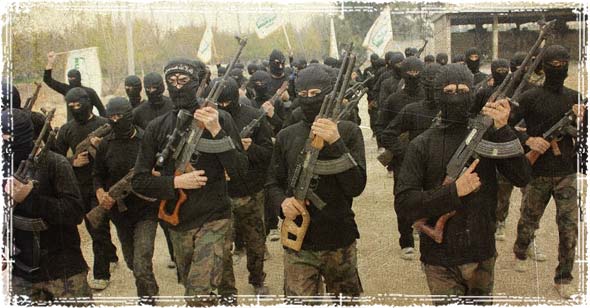 The terror group allowed Jürgen Todenhöfer to follow them after reading several of his past pieces, which blamed the US for the problems in the Middle East. Because of his critical view of the West, ISIS gave him unprecedented access and allowed the reporter to spend ten days embedded inside the terror organization.

After returning home, Todenhöfer released a book ‘Inside IS – Ten Days In The Islamic State’. In his book he details how ISIS is actively trying to acquire nuclear weapons, to launch a ‘nuclear tsunami’ against the west and anyone who is not a true Islamic believer.

In their quest to establish an Islamic caliphate, Todenhöfer says ISIS has grown stronger than anyone realizes. He says, “The west is drastically underestimating the power of ISIS.”

“They now control land greater in size than the United Kingdom and are supported by an almost ecstatic enthusiasm the like of which I’ve never encountered before in a war zone.

“Every day hundreds of willing fighters from all over the world come.

“The beheadings have been established as a strategy which they wanted to spread fear and terror among their enemies. This worked well – look at the capture of Mosul taken with less than 400 fighters!

“They are the most brutal and most dangerous enemy I have ever seen in my life.”

Nuclear Threat May Be Imminent

ISIS intends to get its hands on nuclear weapons, says Todenhöfer, calling the group a “nuclear tsunami preparing the largest religious cleansing in history.”

While many dismiss the possibility, the fact is there is a nuclear arms race heating up in the Middle East – one that could eventually give ISIS the nuclear materials they need to stage an attack. With Iran admitting that the Obama administration’s deal will allow them to preserve their nuclear program, the entire Middle East is looking to acquire their own nuclear weapons to protect themselves from a nuclear Iran.

According to Olli Heinonen, former deputy director of the International Atomic Energy Agency, even before the Obama administration caved to Iranian demands the country was only weeks away from having enough highly enriched uranium to assemble a nuclear weapon. As the Obama administration negotiated the deal, Iran’s top nuclear negotiator, Abbas Araghchi, admitted the deal would do nothing to stop Iran from creating a nuclear weapon.

He said in an interview that the Daily Beast translated,

“We can return again to 20 percent enrichment in less than one day and we can convert the [nuclear] material again. Therefore the structure of our nuclear program is preserved,”…  “Whenever we feel the other side is not following through with its commitments, whenever we feel there are other motives involved, whenever—now, say, under pressure from Congress or something else—they take action against their commitments, say put in place new sanctions, we will immediately revert to the current status quo. And we will again continue our nuclear program in the form that it is today.”

Weeks later, Dr. Peter Vincent Pry, Executive Director of the Task Force on National and Homeland Security and Director of the U.S. Nuclear Strategy Forum, confirmed Iranian Military commanders had endorsed a plan to attack the United States with a strategic EMP blast.

If the United States were hit by an EMP the damage would be cataclysmic, and could cause more chaos than a conventional nuke attack. In a matter of minutes, our entire power grid would collapse and everything in our country would come to a screeching halt.

Is the Military Preparing for a nuclear EMP attack? 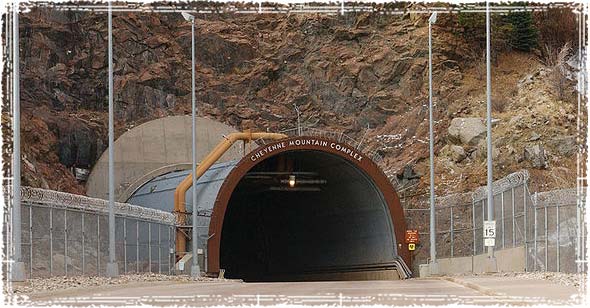 After being largely abandoned by the Pentagon, the infamous doomsday bunker known as The Cheyenne Mountain Complex was mysteriously reopened earlier this year. According to Peter Pry, executive director of the EMP Task Force, a bipartisan congressional commission, the $700 million contract to reopen the base was issued to protect sensitive military electronics from a potential EMP attack.

“What it could do, these various threats, is black out the U.S. electric grid for a protracted period of months or years,” warned Pry, “Nine out of ten Americans could die from starvation, disease and societal collapse, if the blackout lasted a year.”

This is quite possibly the largest crisis we’ve faced since World War II; we are facing a nightmare scenario. Iran and ISIS are both growing stronger and will both pose a direct threat to our safety.

ISIS has now taken over large parts of Syria, much of Iraq, and is now the best-armed well-funded terrorist group in the history of mankind.

Earlier this year ISIS warned they could easily transport a nuclear device over the Mexican border, claiming they could transport the nuclear weapons in the same way illicit drugs were smuggled into Europe through West Africa.

Islamic Terrorist Groups may already be Operating in Mexico 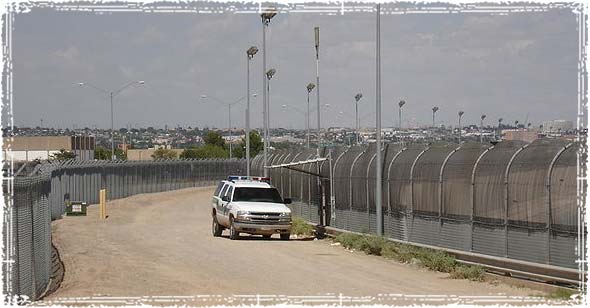 According to Judicial Watch, ISIS is now operating a terrorist training camp just a few miles from El Paso, Texas. They say a Mexican Army field officer and a Mexican Federal Police Inspector were among the sources that confirmed, “The base is around eight miles from the U.S. border in an area known as ‘Anapra’ situated just west of Ciudad Juárez in the Mexican state of Chihuahua.

While U.S. officials denied the Judicial Watch report, in April, 2015 the FBI dispatched supervisors to a “special” meeting at the U.S. Consulate in Ciudad Juárez. Around that same time, Congressman Rep. Duncan Hunter, R-Calif, told Fox News that ISIS had already penetrated the Southern Border. He claimed U.S. Border Patrol agents caught them while trying to cross into the U.S.

“They were caught at the border … therefore we know that ISIS is coming across the border,” he said. “If they catch five or 10 of them, we know there are dozens more that did not get caught.”

ISIS is already operating in the U.S.

At the very least, we know ISIS sympathizers are already inside the U.S.. In February, FBI Director James Comey said ISIS had already radicalized young Muslim men in all 50 states and warned ‘thousands’ of Islamic Terrorists were operating inside in U.S.

According to a Report from House Homeland Security Committee, at least 250 Americans have traveled overseas to train in ISIS terror camps, and many of them have reentered the U.S. without being arrested or monitored:

“Over 25,000 foreign fighters have traveled to the battlefield to enlist with Islamist terrorist groups, including at least 4,500 Westerners. More than 250 individuals from the United States have also joined or attempted to fight with extremists in the conflict zone.”

“Of the hundreds of Americans who have sought to travel to the conflict zone in Syria and Iraq, authorities have only interdicted a fraction of them,” the report acknowledges. “Several dozen have also managed to make it back into America.”

Completely ignoring the threat, the Obama administration shockingly allowed 1,519 refugees and asylum seekers who had direct ties to terrorist organizations into the U.S. last year. In the past, these people would have been banned from entering the U.S., but under new Obama administration rules for vetting refugees, Homeland Security now has “discretionary authority” to waive certain cases of inadmissibility relating to terrorist activity.

These rules, issued last year by the Department of Homeland Security (DHS) and the State Department, tweaked the Immigration and Nationality Act so people who provided material support to terrorist organizations could now legally be allowed to enter U.S. under refugee status.

This is the same administration that issued an executive order in 2010, expediting immigration visa requests from Islamic countries and allowing these unvetted refugees to serve in the U.S. military.