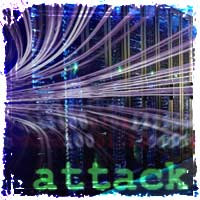 For the last week, the internet has been hit by one of the largest distributed denial of service attacks (DDoS) in the history of the internet.

What started as a fight between two companies has turned into what’s being called the largest cyber-attack “in the history of the Internet”, causing widespread congestion and jamming critical infrastructure around the world. Companies like Netflix, CloudFlare and Google have all reportedly been affected by the massive attack, and experts are warning it could start to affect critical infrastructure and even bring down a government’s Internet infrastructure.

The attack, which is now starting to affect massive areas of the internet, has exposed major vulnerabilities in the Internet’s core infrastructure.

A DDoS attack is one where a large influx of data packets is sent to overload internet servers, denying access to websites that are on that specific server. While most denial-of-service attacks usually only affect a small number of networks, this attack targeted the internet’s Domain Name System, highlighting a major vulnerability that threatens the entire internet.

The attack is the largest DDoS attack to date, and is sending a data stream of 300 billion bits per second. Experts are warning that this attack, or one like it, could literally bring the internet to its knees. Critical systems, banking, government infrastructure and even email could all be affected or taken down by an attack like this.

According to the New York Times, The Obama administration is taking cyber security very seriously, so much so that they have just concluded a secret legal review of the administration’s new cyber war guidelines. The New Cyber guidelines include launching pre-emptive cyber strikes if the United States detects credible evidence of a major cyber attack.

It’s only a matter of time….

Damon Petraglia, a Cyber-Terrorism expert and member of US Secret Service Electronic Crimes Task Force, told us in an article a couple of months back, “Our Infrastructure is very vulnerable to attack.” He went on to talk about how most of our critical infrastructure in some way can be affected by these types of cyber-attacks.

The threat is very real, and the threat is growing every day. Just last week we reported on what some are saying was a cyber-attack on the Chase banking systems that temporarily caused customers’ to think their bank accounts had been wiped out.  For hours, Chase customers’ accounts showed a balance of zero dollars, causing many of them to be unable to withdraw money from their accounts.

According to Petraglia, “We are under attack 24 hours a day, seven days a week, 365 days a year. Our military systems are probed in excess of hundreds of thousands of times per hour. Our private industry can claim similar statistics.” He went on to warn that people need to prepare themselves for these very real threats, and take steps that would be similar to “preparing for an extended period without adequate food and water supplies and access to emergency services.”