The Clark County School District in Las Vegas , Nevada has received a threatening email similar to one that shut down Los Angeles area schools on Tuesday. Although that threat was later deemed not credible by the F.B.I., a number of schools throughout the country have received similar emails and some have even canceled classes in response. 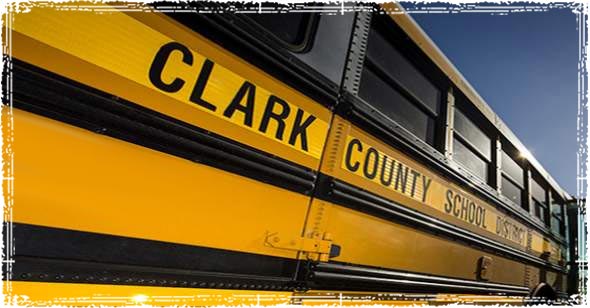 Three Indianapolis school districts have suspended classes prior to winter break, saying they do not plan on reopening until Jan. 5, 2016. School officials in Las Vegas say they received a threat similar to ones reported by districts throughout the country, but have decided against closing campuses at the nation’s fifth-largest school district.

A Clark County School District spokeswoman says administrators discovered an emailed threat after 9 a.m. Thursday. “A regular school day is expected today and tomorrow. All daily functions will continue as normal. Principals and school staff have been asked to stay alert and keep students calm and focused on instruction.”

An email was sent to parents later in the day that read:

In an effort to keep you informed, this morning after 9 a.m. Clark County School District staff discovered a threatening email similar to those received in other large districts, including LA, NY, Miami and Houston, where they were deemed to be less than credible.  We are working with local law enforcement agencies and are following appropriate protocol. This is not to to cause alarm, but we felt it necessary to share this information with you and will continue to keep you informed.  A regular school day is expected today and tomorrow. All daily functions will continue as normal.  Principals and school staff have been asked to stay alert and keep students calm and focused on instruction.

The district has crisis response plans in place, and we are proud to have a dedicated police force who patrol our campuses and are trained to detect and respond to threats. We continually review our processes to ensure we remain persistent and current in our efforts to prevent crime.

CCSD support staff, teachers and administrators take the security of our campuses and buildings seriously. We know we are entrusted with the well-being of approximately 320,000 students every day, and therefore, keep safety as our top priority.