The Department of Homeland Security and the FBI issued a bulletin to local law enforcement agencies across the country, telling them to prepare for possible terrorist attacks over the July 4th holiday. 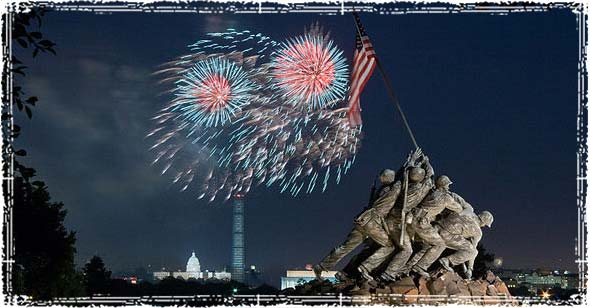 The bulletin warned about possible attacks that would specifically target law enforcement and U.S. military over the holiday.

Homeland Security Secretary Jeh Johnson says his department is encouraging law enforcement “to be vigilant and prepared” ahead of the holiday.

“We are encouraging all law enforcement to be vigilant and prepared. We will also adjust security measures, seen and unseen, as necessary to protect the American people.”

“Particularly with the upcoming July 4th holiday, here in the United States the Department of Homeland Security and the FBI continue to communicate with state and local law enforcement about what we know and see,” Johnson said in a statement.

The news comes as a rash of terror attacks swept the globe last Friday including a gunman killing at least 37 people at a beach resort in Tunisia, a suicide bomber killing 25 in Kuwait, and an attack on a factory in France where a large explosion was followed by the discovery of a severed head hanging from a fence.

“The timing of the attacks was not coincidental”, said California Republican Rep. Ed Royce, who chairs the House Foreign Affairs Committee. The attacks, all of which happened within hours of each other, were launched after ISIS pushed followers to “rush and go to make Ramadan a month of disasters for the infidels.”

Security levels at U.S. military bases have been elevated for the last couple of months. In May, the Pentagon raised its security level to “Force Protection Bravo”, specifically because of the ISIS terror threat. The rise in the threat level came a day after FBI director James Comey warned there could already be thousands of online supporters of the Islamic State here in the U.S.

In June, ISIS supporters outlined plans to transport a nuclear device or dirty bomb over the Southern Border. In a piece written and published in ISIS’ Dabiq magazine, the group outlined how they can use existing drug routes through Mexico and South America to smuggle the bomb into the U.S.

In March, Gen. John Kelly, former-commander of U.S. Southern Command (Southcom), warned that Islamic Terrorist groups were recruiting throughout Latin America in an attempt to use these drug trafficking organizations to infiltrate the United States.